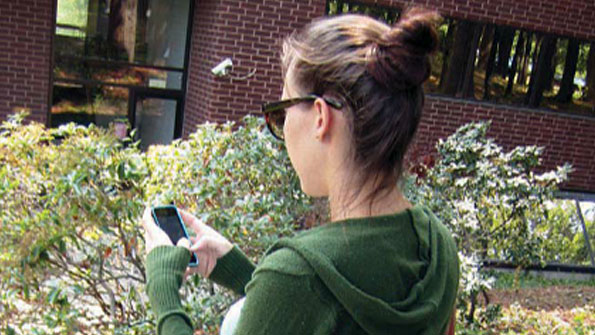 Oklahoma State University is using a multimedia alerting platform to ensure that students and staff get the message.

(Ed.: This article originally appeared in print as "Any way you want it.")

Need to let 200 undergraduates know that Chemistry 101 is cancelled this afternoon? Don't send an e-mail.

At least that's what college and university chief information officers (CIOs) have been telling AT&T. "Students use e-mail to communicate with the administration. But for their everyday life, they're not using it," said Kevin Carman, director, education field marketing at AT&T Business and Home Solutions.

Promising a way to reach students through the media that suit them best, AT&T last year began to market Rave Campus Messenger, a cloud-based communications service built on technology from Rave Mobile Safety of Framingham, Mass. AT&T announced last month that Oklahoma State University (OSU) is the latest campus to implement the service.

"It's a great way for schools to ensure that they can provide information about things like incidents or events on campus," Carman said.

Messages can include information of broad interest — for example, course changes or weather alerts — as well messages targeted to small groups or individuals, i.e., "Volleyball practice is at 3 p.m.," or "Your library book is due today."

AT&T is the exclusive vendor of Campus Messenger. It offers the product to many colleges and universities through state master procurement vehicles or through purchasing groups such as the Western States Contracting Alliance — channels that Rave cannot access on its own, Carman said.

A school that uses Campus Messenger assigns message-sending privileges to staff, faculty and, optionally, students. In many cases, users who need to send messages start by logging into a portal. But some users never see the portal, because Rave also can integrate with local platforms, such as student information systems, Piett said.

The school can use the Rave interface to create groups that might be targets for notices — selecting students by class year, major, residence hall or other criteria. The school also can use groupings that already exist in a student information system. A third option allows a user to define a group on the fly, using data attributes such as class year and residence, Piett said.

In addition to using delivery methods that send messages to individuals and to social-networking sites, a school can use Really Simple Syndication (RSS) to add an alert to its home page, and it can use the Common Alerting Protocol (CAP) to transmit content to electronic signs, alarm systems and closed-circuit TV systems, Piett said.

When a user sends an emergency alert, students receive it through every medium the sender chooses. For non-emergencies, students can name their preferred delivery modes, Piett said. They may choose different modes for different kinds of messages — perhaps text, e-mail and voice mail for class cancellations, but only e-mail for news about intramural sports practices.

Campus Messenger also can deliver notifications created in Blackboard and other learning-management systems, and students can define delivery modes for those as well, with different rules for different courses.

Campus Messenger also allows for some two-way texting. One application for this is polling. For example, the leaders of a student sports club might want to ask team members whether they want to practice on Field A today instead of Field B.

"They set up the poll; they ask the question; it goes out via text message; and students respond," said Piett. "We create a little report that says, '20 of them said yes and five said no.'"

OSU chose Campus Messenger to replace a notification system that communicated via e-mail, voice mail and text. The older system didn't meet the school's needs, because text messages sometimes took too long to get through.

"Some of them were taking until the next day," said Ron Hill, OSU's emergency operations manager.

The problem lay with the fact that the older system used Simple Mail Transfer Protocol (SMTP), rather than SMS, to transmit texts, Hill said. OSU's vendor transmitted text messages to all of the mobile phone carriers that students were using. The carriers then relayed the texts to recipients. The vendor sent the texts right away, but it sometimes took hours for the wireless carriers to forward them.

OSU chose the AT&T/Rave system in late 2011, and it became operational in the spring of 2012. One factor that helped clinch the deal was the fact that Campus Messenger operates in the cloud.

"We wanted someone to host it, so we did not have to provide the hardware, the manpower to maintain it and everything else," Hill said. "This way, we pick up the phone and say, 'We have a problem — fix it.'" When problems do arise, Rave and AT&T generally solve them in an hour or so, he said.

Initially, OSU is using Campus Messenger to transmit only urgent notifications. But this fall, school officials will start developing a strategy to add non-emergency communications.

OSU currently relies on e-mail for routine communications with students, and "they may or may not see it," Hightower said. "But they do look at their text messages."

Some students may choose not to receive messages at all, except for the e-mails that OSU determines must be sent under all circumstances. The school won't force other communications options on students who don't want them, Hightower said.

"They pay for their cell plans, and we're not going to send them something that might eventually cost them money in the long run," she said.

As OSU starts forming plans to add non-emergency communications, school officials also are considering new delivery methods. The school has its own cable-TV system, and campus officials manually can override the programming stream with text, audio or video messages, Hill said. They would like to automate that process through Campus Messenger.

Campus officials also are converting their fire-alarm system into a public-address system that can transmit voice announcements,

"We've got to figure out if it can be integrated into this new system from AT&T and Rave," Hill said. "And we're working right now with Rave and our people on campus to also post [messages] to our OSU public-safety Web page."

In addition to its main campus in Stillwater, OSU has five branch campuses. All are using Campus Messenger — each with its own implementation for voice, text and e-mail messages, and for posting to their individual Facebook and Twitter accounts, as well as their own public-safety Web pages.

"They will operate completely independently, even though it's one system," Hill said.

One feature of Campus Messenger that OSU might not deploy is two-way texting. Although tested, this function doesn't appear to be practical for everyday use at the school, at least not for direct responses to messages that go to a wide audience, Hill said.

"When you dump out as many messages as we would potentially dump out, if they all responded, we could sit here for days going through those messages," he said. "We've got over 90,000 people in our database."

Despite that, OSU is likely to find many new, non-emergency uses for Campus Messenger.

"There's a lot of opportunity for communications on campus," Hightower said. "We have people already knocking at the door, wanting to know when we're going to get this into production."