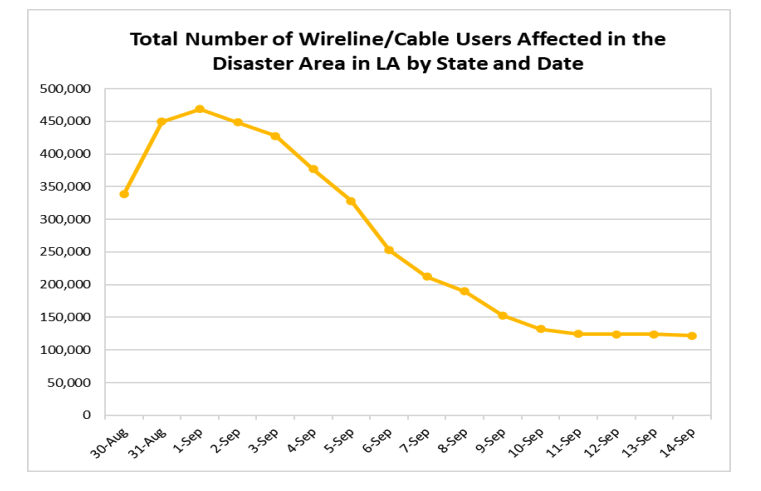 Just as COVID-19 ushered in an acceptance that broadband is essential, the concurrent era of a worsening climate crisis is also making clear just how vulnerable that critical infrastructure is.

From wildfires and extreme heat, to flash floods and hurricanes, the increasing effects of climate change are taking their toll on cables, fiber lines and wireless towers, leaving individual ISPs across the US to enact contingency and resiliency plans to avoid and reduce outages for customers and emergency services, and minimize damage to their own equipment.

According to the FCC, Hurricane Ida, which barreled down on Louisiana in late August, left an initial 500,000 without fixed Internet, a number that stands at just under 122,000 in the FCC’s latest report.

“Because we deal with hurricanes so often, we have a hurricane manual where we have all of our teams deployed,” says Meche. “We have our backup generators fueled, we have extra gas and so we’re always prepared for this.”

In Grand County, Colorado, Eden Recor, owner of fixed wireless provider Grand County Internet Services, says he’s also prepared for certain extreme weather events, including what he says are localized, massive winds that “take down huge amounts of trees” and the electrical power with it. “We have battery backups on almost all of our equipment to last at least six hours. If it’s going to be a longer outage, we try to get out and put generators in to carry over until the power is turned back on,” he says.

“It took out four of my towers, and we had power off to a lot of our customers for almost a week and a half, two weeks. Not so much because the power was down but because they didn’t want people to go back into the areas until we were sure that the fires were down and weren’t going to re-erupt,” says Recor.

Going forward, Recor says Grand County Internet Services is planning for resiliency by increasing batteries to withstand longer outages, as well as building “a lot of loops” in their circuits to have multiple paths to their broadcast points.