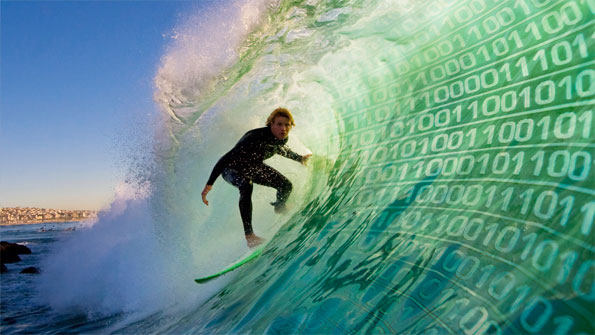 A reputation to uphold

When your corporate slogan is, "When you care enough to send the very best," you have a lot to live up to. That's been Hallmark's slogan since World War II, and today the greeting-card giant is leveraging cloud computing to ensure that the online experience that its customers receive is every bit as rich as the traditional experience they receive in a brick-and-mortar store.

There are several big card-giving events on the calendar, from Mother's Day to Christmas. But none of them are as busy as Valentine's Day. So, it's a bad day to have things go wrong online.

But go wrong they did, at various times, before the company began working with SOASTA and its CloudTest solution, according to Cheryl Davis, Hallmark's digital technical operations manager.

"You can probably still search the Web and find some data about Hallmark crashing on Valentine's Day," Davis said. "There was a particular year where we sent an apology to our consumers, because we had disappointed them on Valentine's Day. So, we have had years prior to SOASTA where the traffic has crashed our site."

The potential for such crashes increases every year, as more customers peruse and purchase Hallmark's products online, via its website and mobile applications According to a study of about 2,500 American adults conducted by SOASTA, 38% indicated that they would send an e-card on Valentine's Day.

"There [were] about 160 million e-cards — not necessarily all through Hallmark — sent on [Valentine's Day] around the world," said Tom Lounibos, SOASTA's CEO. "It's become a big business, partially because it's so easy, which is great for those who forget."

While a site or app crash on such a critical day is the worst-case scenario, slow performance also can alienate customers, perhaps leading them to try a competitor.

"Even seconds can make a huge difference in terms of the user experience," Lounibos said.

With this in mind, Hallmark turned to SOASTA's CloudTest platform, which lets Hallmark virtually replicate the traffic that it anticipates on the big day, as well as the user experience. Launched in 2008, the platform is used by about 400 enterprises, Lounibos said.

"What we do is simulate traffic hitting an application," he said. "We create virtual users, who then send e-cards [via the app] from all over the world.

"Hallmark wants to understand what the user experience is. For instance, are they experiencing slowness in California but not on the East Coast?" Lounibos continued. "Then, they drill into what might be causing it. Is it infrastructure, is it the servers, is it the ISPs, does it have anything to do with the app itself, or is it IOS versus Android?"