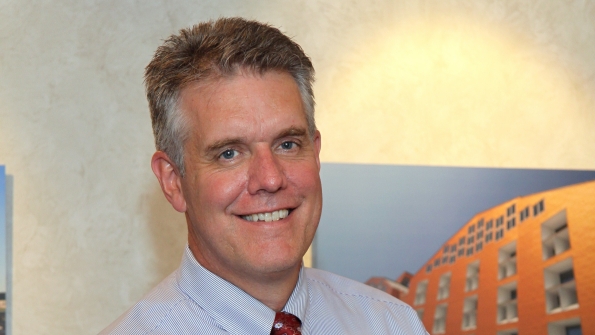 The need for the next generation of emergency-response communications is more apparent today than ever before. In schools, houses of worship and other facilities, there have been more than 160 active-shooter incidents over the last 14 years, including devastating school shootings—for example, at Sandy Hook Elementary School in Newtown, Conn.—and the recent theater shooting in Lafayette, La.

Most schools and facilities have an emergency-response protocol in place for situations such as an active shooter, but several factors impact whether the situation tips from an emergency scenario into being deadly. Those factors include staff and personnel preparation, the facility’s emergency-response plan, the security system and the response time of law enforcement. The first two factors can be addressed by diligent administrative leadership, but the second two factors are intertwined and often restricted by the technology implemented at the premises.

In an emergency scenario, there are several considerations that law enforcement and first responders face that can influence the outcome of the situation: how quickly they can be notified of the situation, the critical information that is available, and the communication capabilities once on-site.

To help facilitate these factors, many schools, churches and commercial facilities are using Rapid Emergency Response Systems (RERS) that are designed to meet the needs of first responders. These systems are specifically purposed to quickly connect building occupants confronted by an active threat with law enforcement and first responders. When the system is activated, the secure wireless communication network automatically notifies first responders, which ultimately speeds their response time to crisis situations and potentially saves lives.

Other considerations—the availability of critical information and communication capabilities—are growing points of emphasis for first responders. In many instances, responders may not be familiar with the building or surrounding area where the incident is occurring. Rather than sending these responders into an active-threat situation with minimal information, RERS’ web-based communications portals are being established that serve as a control center and “hub” between facility stakeholders, law enforcement and building occupants.

When the RERS is activated during a crisis, the control center notifies stakeholders of the situation via automated text, e-mail and voice messages and reminds them of what emergency protocol procedures to take. The system instantly initiates emergency protocols and links the pre-determined Command Group—first responders, facility managers, administrative employees, etc.—with live security-camera videos, Visual Point Identification (VPI) diagrams of the facility and emergency -preparedness documents.