The AWS-3 auction’s record-breaking $41.3 billion in estimated net revenue is expected to cover all of the funding priorities outlined in the Spectrum Act, including funding for FirstNet, for research and development related to public safety wireless communications, and for the 911, E-911 and next-generation 911 implementation grant program. 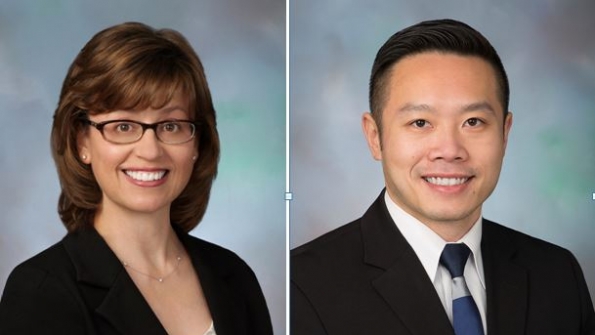 Feb. 13 was the deadline for winning bidders of the AWS-3 spectrum auction to submit their down payment and long-form application to the Federal Communications Commission (FCC).  It also marks the beginning of the agency’s post-auction licensing process that will trigger the funding for several programs and initiatives mandated by Title VI of the Middle Class Tax Relief and Job Creation Act of 2012, also known as the Spectrum Act.

The auction’s record-breaking $41.3 billion in estimated net revenue is expected to cover all of the funding priorities outlined in the Spectrum Act, which include deposits in the Spectrum Relocation Fund for the reimbursement of sharing or relocation costs incurred by federal agencies, as well as funding for FirstNet, for research and development related to public safety wireless communications, and for the 911, E-911 and next-generation 911 implementation grant program.

The Spectrum Act requires the FCC to auction and award licenses for the AWS-3 band no later than February 22, 2015. The prolonged bidding process will prevent the FCC from meeting this statutory deadline, but it could start granting licenses as early as the first week of April 2015.

First, the FCC will review the long-form applications submitted by winning bidders on February 13. If the applications satisfy the FCC’s initial review, the FCC’s Wireless Telecommunications Bureau could issue a public notice as early as the first week of March, listing the applications that are acceptable for filing.

The release of the public notice triggers a 10-calendar-day period for parties to file petitions to deny with the Commission, followed by a five-business-day period for parties to file oppositions to any petitions to deny, as well as another five-business-day period for subsequent replies. A winning bidder’s application could therefore be ripe for grant by early April  2015, if it: (1) has submitted an application that is deemed acceptable by the FCC, (2) has paid the balance of its winning bids by the March 2 deadline, and (3) has not been the subject of any petition to deny.

The award of AWS-3 licenses by the FCC marks the start of the transition period for the relocation or sharing of AWS-3 federal incumbents’ legacy systems. The Commercial Spectrum Enhancement Act of 2004 (CSEA), as amended by the Spectrum Act, provides that any eligible federal entity receiving pre-auction reimbursement for costs incurred due to auction planning and research must also agree to make itself available for negotiation and discussion with non-federal licensees not later than 30 days after a written request is submitted during the transition period.

The agreement must be a part of the agency’s transition plan mandated by the Spectrum Act. In October 2014, 10 incumbent federal departments and agencies received reimbursement for pre-auction costs totaling almost $70 million. Therefore, commercial licensees may request and commence negotiation with these federal agencies shortly after the transition period starts (in this case when the FCC awards the licenses).

However, discussions pursuant to these requests are informal and non-binding if they are submitted prior to Oct. 30, 2015, because federal incumbents are not required to entertain formal coordination requests until nine months after the date of the auction closing Public Notice, which the FCC issued on January 30, 2015.

However, the money is not available for transfer to an eligible federal entity unless the Director of the Office of Management and Budget (OMB) first approves the requested amount and provides to Congress (1) for an initial transfer, a detailed plan for approval describing specifically how the sums transferred from the Fund will be used to pay relocation or sharing costs that Congress does not disapprove within 30 days, or (2) notice for any subsequent transfer(s) exceeding 10% of the original transfer, not less than 45 days prior to the date of such transfer.

These requirements could delay the transfer of auction revenue from the Relocation Fund to the eligible agencies, especially those that have already received an initial transfer in the form of pre-auction cost reimbursement.