FirstNet is sending out an invite (RFP). Will anyone come?

By Andrew Seybold. FirstNet's final request for proposal (RFP) needs to structured to be friendly to commercial partner(s), because this public-safety broadband network is not a traditional federal acquisition. If FirstNet releases a request for proposal (RFP) that follows the draft RFP template, it is running a high risk of not being able to meet the mandate established by Congress. 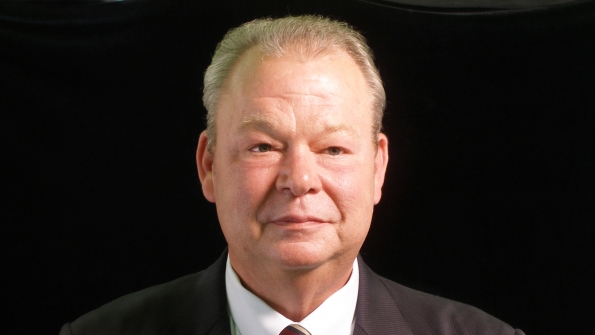 FirstNet is sending out an invite (RFP). Will anyone come?

I am concerned about the draft request for proposal (RFP) FirstNet has developed and the final RFP that the organization is planning to release by the end of December. Many of us spent years convincing Congress to implement FirstNet, then Congress had the foresight to create an organization that would need at least one partner to be successful. The $7 billion provided by future spectrum auctions is a “starter kit,” but the law specifically called for FirstNet to entice one or more partners to join in the task of providing the public-safety community with the first nationwide public-safety broadband network (NPSBN). These partners will be able to employ any underutilized public-safety spectrum on an as-needed basis and charge for its use, thereby becoming a true partner in the first public/private partnership.

My concerns are many, but I can summarize them in this way: If FirstNet releases a request for proposal (RFP) that follows the draft RFP template, it is running a high risk of not being able to meet the mandate established by Congress. A partnership is not an acquisition of widgets. It is made up of two or more entities that believe, by partnering, they can accomplish together what neither could accomplish on its own. I realize this is a totally new concept to those accustomed to procuring “things and or services” for the federal government, but this is what the law calls for. And it is, frankly, the only way FirstNet will meet the requirement and be successful in providing a much-needed NSPBN.

When Congress passed the legislation and the President signed it into law as Title VI of the Middle Class Tax Relief Bill of 2012, it envisioned (or so we thought at the time) an independent authority under the NTIA that would be responsible for building and maintaining a new NPSBN. The federal government would provide $7 billion in funding from future auctions, and the bill provided for one or more public/private partnerships to build and maintain the network until FirstNet becomes a revenue-neutral entity.

FirstNet’s first few years saw some turbulence: a board of directors that was not in charge of FirstNet’s fate, and divisive ideas on how to make FirstNet a truly viable entity. There were also some dedicated efforts to move forward, but there was too much interference from the NTIA that—for whatever reason—saw FirstNet as its own to watch over and direct. Salaries of FirstNet employees are based on federal-government levels and are not comparable with the wireless industry, hiring takes months not weeks, and, until recently, the board of directors was not in charge of FirstNet. No wonder so many potential bidders are hesitant to partner with FirstNet—will they be partnering with an independent authority, as Congress intended, or simply another division of the NTIA, with both good and bad government requirements and regulations?

Today, there is hope that FirstNet is moving out from under the cloud of NTIA control, as evidenced by the recent appointments of a CEO and a President—titles that were permitted under the NTIA.

However, the real issue is whether the final RFP will be conducive to finding partners, or if it will be just another federal-procurement document demanding product and imposing penalties, if that product is not delivered on time and in working order.

The FirstNet network is NOT a product. It is a network based on networks that are operational today across the United States and around the world, and it uses LTE, a technology that has become the new norm for broadband wireless. In all fairness, I do not believe the federal government has ever attempted a partnership like this, but if the Department of Commerce and the NTIA continue to insist on treating this as a federal procurement rather than a call for companies that might be willing to sit down and discuss partnering with FirstNet, this final RFP will be met with failure, pure and simple.

Many of us have spent hours reading, questioning, and commenting on the draft RFP. I believe the draft RFP contains too many specifics and too many ways in which “partners” will be penalized.