Slowly but surely, public-safety answering points are discovering the value of speech analytics to enhance their response efforts. 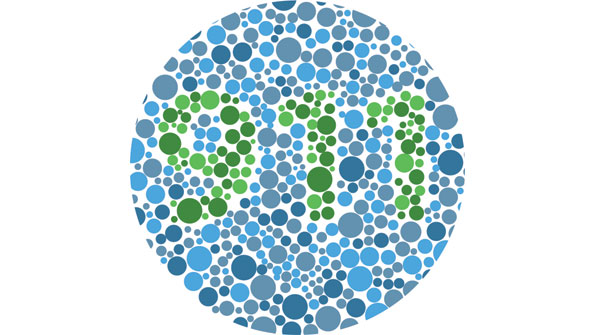 (Ed.: This article originally appeared in print as “Seeing the full picture.”)

For years, public-safety answering points (PSAPs) have been capturing vast amounts of important information through their call-recording solutions, in compliance with state and federal regulations. However, many PSAPs may be underutilizing one of their greatest assets by not looking beyond the value of such solutions for incident reconstruction.

In the commercial world, contact centers have been utilizing analytics solutions for more than a decade to realize increased operational efficiencies and to obtain greater insight to address current and future customer needs. However, the use of speech and data analytics within the public-safety community is a relatively new phenomenon.

Data analytics help PSAPs mine all of the material that they collect, with the end result being a much broader perspective into agency operations. Add in the power of speech analytics — used to transcribe 911 calls and to analyze the text for patterns, phrases or trends — and public-safety agencies can benefit from insightful, actionable intelligence.

During the last few years, PSAPs have begun to view call recordings as more than merely a “legal requirement,” but rather a strategic asset to help in the full breadth of services. PSAPs are starting to implement speech analytics to aid in investigations, to fulfill and improve operational procedures, and to increase cross-departmental coordination and cost savings. Through the use of analytics, PSAPs are now moving forward, transitioning from a reactionary state to one that anticipates potential events — and, thereby, one that enhances public safety.

PSAPs have experienced firsthand the benefits associated with speech analytics, especially when used to aid investigations — both criminal and those impacting public safety. The combination of data and speech analytics can provide extreme value in the anticipation of future incidents.

For example, in early 2009, a Pennsylvania county experienced a string of calls regarding porch fires. Once the department realized the trend, it applied the use of speech analytics to augment the investigative efforts, uncovering additional information that may not have been discovered by simply reviewing each call individually. Through automatic categorization, the use of speech analytics helped draw more insight into the key phrases of “porch” and “fire.” The findings aided investigators in making a connection between multiple cases and charging the appropriate suspects.

In addition to helping criminal investigations, analytics technology can aid in public-safety investigations. For example, suppose that a motor-vehicle accident occurs on “Baker Street.” Historically, investigators have used recorded 911 calls that initially reported the accident for incident reconstruction.

With speech analytics, the process of retrieving information associated with a specific incident is simplified. The software helps agencies accurately and thoroughly recreate an event to determine its cause. Now, law-enforcement agencies can reconstruct the incident, as well as uncover patterns, identify larger issues and take measures to prevent similar events in the future.

Instead of looking specifically at one incident, PSAPs also can uncover all incidents associated with “Baker Street.” With those incidents isolated, speech analytics may reveal numerous calls from people reporting that motorists were “speeding down Baker Street,” that they were “not able to stop in time,” or that “the light suddenly changed.” By isolating key phrases, analytics software not only can uncover what the issue is, but also can alert officials about the causes of a high volume of vehicular accidents.

As a result, officials may determine that a need exists to lower the speed limit or introduce an additional traffic light, stop sign or speed bump along the half-mile stretch of straight road, in order to slow motorists as they approach the dangerous intersection.

Another example of speech analytics aiding public-safety investigations concerns air quality. Let’s say that a PSAP receives calls from residents in a particular neighborhood who complain that they “feel ill” or “smell an unusual odor.” In many cases, the calls are considered on an individual basis, and emergency officials may not realize that there is a larger problem.

Toss speech analytics technology into the mix and the result is very different. By classifying each of those calls as “emergency medical dispatch,” speech analytics can uncover a trend based on how the calls are coded, alerting the PSAP of a higher-than-usual volume of calls coming in from the same neighborhood.

With this information, the PSAP can dispatch the proper emergency responders with the correct equipment to handle the situation — not just an individual medical emergency, but the possibility of a more widespread issue. In this scenario, speech analytics can identify a more serious situation and enable a faster and more-effective emergency response.