Compared with commercial networks, public-safety communications in the Big Apple fared remarkably well during and after Superstorm Sandy. 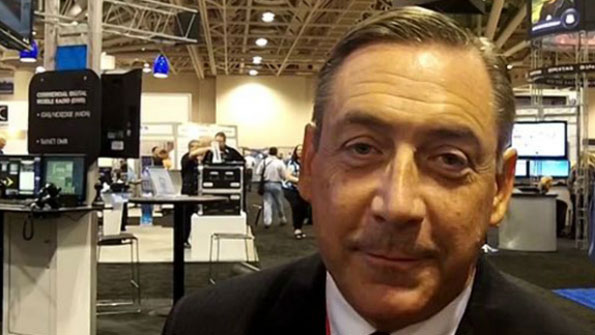 Superstorm Sandy hit New York City hard and quickly, but public-safety communications remained operable the entire time, according to Charles Dowd, a deputy chief for the New York Police Department (NYPD) and a member of the First Responder Network Authority (FirstNet) board.

“Both the police and fire systems stayed up 100% of the time,” Dowd said during an interview with Urgent Communications. “We lost a couple of receiver sites temporarily, but those were receiver sites mixed with another receiver site, so there was no degradation in the system. We did not lose a single frequency on the police or fire side the entire time.

“That’s a real testament to the efforts of our guys in our radio shop. They did a tremendous job.”

Although there was plenty of warning that Sandy would hit the East Coast, the impact of the storm was still startling, Dowd said.

“This thing came in almost exactly like a tsunami — that’s how hard it hit, and that’s how sudden it was,” he said. “That Monday night, 911 volume was already high just because of the storm and the hurricane, in general. But when that storm and high tide hit, within 15 minutes, the volume to 911 just exploded.”

Indeed, on the day Sandy hit, there were more than 100,000 calls to the 911 switch, compared with the normal 28,000-30,000 emergency calls that the system normally receives on a daily basis, Dowd said. The calls were answered by an extremely dedicated staff, many of which reported to work despite significant family and transportation issues, he said.

“There’s an expectation that cops and firefighters are going to make the effort to come to work under those circumstances,” Dowd said. “But 911 operators and police and fire dispatchers, they’re civilians — but they all made the effort to get in.

“Some of them had to walk to local precincts and be driven in, because the transportation system stopped running at a certain point. But these folks came in. Many of them stayed over 24 hours, and some of them worked 16-hour tours. They were sitting over there in the 911 center, eating military MREs — ready-to-serve meals. It was quite an effort on their part to get the job done. They deserve a lot of credit, because it was not easy, and they got the job done.”

Meanwhile, some of the stories from the field were remarkable.

“It just came in so quickly that people who had not evacuated, in many cases, just simply couldn’t get out. Most of them moved to higher ground, like the second floor or attic of their houses.”

Two NYPD precincts were rendered inoperable because of flooding and will need major repairs, Dowd said. In addition, “thousands and thousands” of police cars were caught in flooding conditions, and it is questionable whether those vehicles can be used again.

By comparison, the public-safety communications system held up well, with backup battery and generators supplying power where the commercial power grid went down, Dowd said. Although getting fuel was a well-chronicled issue for consumers, public safety was able to secure the fuel it needed to keep backup generators running, he said.

“Most of our stuff is above grade,” Dowd said. “Most of our stuff resides in buildings, and we tend to do the installs. Obviously, the antennas are high up, but also most of the other equipment was high up. Most of those sites that went down didn’t go down because of power, because they had sufficient battery backup that we could replenish. The only issue was backhaul connectivity.