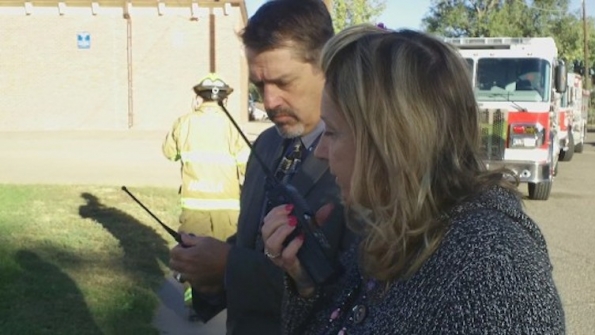 Performed with 2,000 teachers, students and emergency personnel at Pueblo County Schools in Colorado and Chardon Local Schools in Ohio, the drills allowed school staff and public safety to utilize cameras, drones and SchoolSAFE’s radio communications systems—equipped with Motorola Solutions’ MOTOTRBO radios—and enhanced notification software to imitate the communications that would be necessary in the event of a school shooting.

The growing number of active shootings in school settings around the nation, including two deadly shootings earlier this month in Oregon and Arizona, have elevated the necessity of expedient, interoperable communications between school systems and first responders, Patrick Hobby, president of SchoolSAFE, said during an interview with IWCE’s Urgent Communications.

“It [active shootings] seems to be an everyday clip. Our president’s talking about it. Cities, counties, schools and governments are all talking about it,” Hobby said. “This isn’t just a quick app for someone to click on. This is a tried, tested, solid and robust system of licensed two-way radios. You can’t be fumbling around with radios when you think there are two [shooters] on the roof.

“That information can come from a principal and can be shared with a first responder. That kind of intel is a true game changer to the response window performance.”

“Prior attempts at creating some level of interoperability were creating a fixed, rigid bridging capability,” Cizek said. “The problem with that was that there was no training to leverage interoperability. No real management coordination.

“SchoolSAFE brought in the intelligence and management—school-to-school, districtwide-to- first responders—so they can bridge in and bridge out. So, they can tell what level of interoperability is needed.”