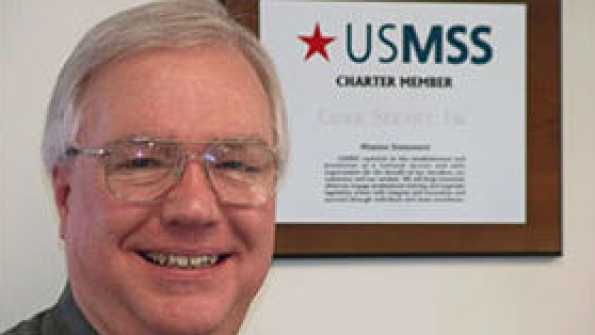 Do you expect more consolidation in the industry?

“I absolutely do. I think some of that consolidation is being driven by the availability of venture capital. With interest rates being as low as they’ve been for as long as they’ve been, people with money are looking for ways to ramp it up, so there’s a lot of capital out there that is chasing a lot of deals.”

What are the pros and cons of consolidation?

“From the perspective of Motorola or the shop resulting from the consolidation, I think it’s positive. It gives you a stronger operating base. The little shops are constantly, chronically cash-short. You don’t have the depth of resources in a small business like that. When you’re trying to keep 15 people alive and you have a bad week, you’re going to have a bad month.

“So, from the point of view of the business itself, it’s a good thing, because it gives them deeper pockets, better resources and a broader reach than any of the smaller shops can have.

“I can’t speak for Motorola, but if I happened to be in their shoes, I would also think of it as a beneficial arrangement, because they’re dealing with a shop—and a business that is stronger. And they’re also dealing with a business that perhaps can absorb some of their expenses by bringing engineering staff, sales staff and service staff to the front lines that they don’t have to provide. So, I would think it would be good from their point of view.