Development of deployable towers that are taller than 500 feet would be very useful in the aftermath of disasters such as Hurricane Katrina, where the entire local communications infrastructure is unavailable. 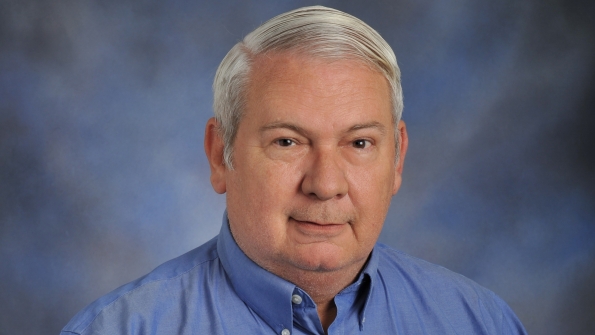 As we all know, communications for first responders in a disaster or wide-area event are always problematic. In disaster-response situations such as Hurricane Katrina, where the entire local communications infrastructure is “laying on the ground,” first responders are limited to either simplex operation or reduced-coverage solutions based on the capabilities they bring with them.

In our case, we use a 100-foot (100’) telescoping tower made by Alumatower to support both of our Motorola trunking systems, as well as our conventional repeaters. No matter how you slice it, 100’ above ground level (AGL) is 100’ AGL. On numerous responses, I’d have given body parts for a usable 500’ or 1,000’ tower we could tap into to provide a wider coverage area. While more power on the transmitters is nice, in a Line of Sight (LOS) radio system, altitude is the key. I had yet to figure out how to transport a 500+’ tower down the road that can be set up in less than an hour.

Imagine with me for a moment the applications for even a single VHF, UHF or 800 MHz repeater channel with the antenna at 500, 750, or 1,000’ AGL. Think about the wildland fires spanning not only multiple counties but sometimes multiple states. Responders from around the country equipped with disparate systems battling the blaze in hills, mountains and valleys try to work off of simplex radio frequencies.

Now visualize that one repeater channel with a high-altitude antenna can provide coverage to the bulk of the working area—a wide-area command channel that is able to link the scattered groups back to the incident-command post. The capability to notify everyone in the field that the fire had suddenly changed direction, that a firefighter was injured, that structures are in danger, etc.

I had seen some of their product information and spent some time with them at a MILCOM event conference.  In essence, they have taken the capability of extending the antenna system via fiber optics and put the business end—with the amplifier and antenna—on a tethered aerostat. Able to extend range and coverage from a variable altitude, this system provides a solution that can work in a variety of circumstances, from the mountains and canyons of Afghanistan to the urban concrete canyons in the aftermath of a disaster.

The initial product was in the 30 -78 MHz military tactical communications range. In response to my cries from the wilderness (or probably more so from the potential market), they have continued the research and development (R&D) for other frequency bands. Most recently, they prototyped and displayed a single-channel unit in the U.S. Department of Defense (DoD) UHF band from 230–400 MHz (photo attached). This unit weighs 7 pounds and, even with the special fiber optic cable designed to also be the tether, can be supported by a very small aerostat.

For many years, I have been a proponent for developments in communications technology that would help public safety in disaster-response situations. This passion has led me to push, prod, cajole, and otherwise browbeat numerous manufacturers. These victims of my requests have included Alumatower, Bird TX/RX, and Motorola, just to name a few. Occasionally this added push from the field has yielded some fruit from the effort.

I also straddle the rail between the local government Public Safety technologies and the Military C4 ISR world. During a career on both sides of that fence, I have seen many times the two intersect in disaster response and that the technology requirements are often similar, if not the same. As there are some vendors that work strictly one side or the other, I’ve been able to keep an eye on both. I’ve also been able to add my harassment to both sides where I see crossover capability.

Such is the case for my current effort working with Steve Gemeny at Syntonics.

Some years ago, I became aware of a product Syntonics had developed to remote a radio antenna miles away from the radio itself using fiber-optic cable. In a wartime situation, where an enemy can direction find (DF) your location and bring artillery fire in on you, being able to remote the actual RF emissions well away from the tactical operations center/command post (TOC / CP) can be VERY useful.  It was this capability that seemed to lend itself to a crossover application.