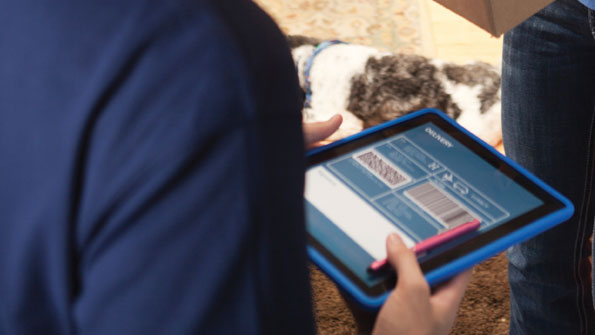 A version of this article appeared in the January 2013 print issue with the headline: The evolution continues.

Land-mobile-radio voice communications have been around since the early days of radio. Today's devices are much smaller in size, their power has increased, their receiver sensitivity has improved greatly, and their features are something that previous users only dreamed about. Advances in modern technology mean radios are now capable of going far beyond the "hoot and holler" versions of the past. This article in the series on radio system efficiency will look at the non-voice communications that are available on the market today and their advantages for end-users.

Paging — 40 years ago, digital paging was added as a mode to radio where numbers and later alpha characters were sent over the airwaves to receivers worn on people's belts and kept in purses and briefcases. Early pagers limited messages to less than 20 characters, but that soon evolved to hundreds of characters per message. Advances in the paging business — higher data rates, improved displays, higher memory storage, integrated-circuit chips, smaller form factors, lower power consumption, and lower battery operating voltage — improved usage and increased productivity. The introduction of two-way paging paved the way for mobile data to be the next phase in the evolution of the wireless environment.

Part of digital paging is simulcast paging, which lets multiple transmitters on the same frequency send the same message at the same time. To enable the paging receivers to reliably capture the message and alert the recipient, technology that provided extremely precise frequency control had to be developed. Another advance was the use of delay boxes, which ensure that stations close to the originating transmitter "mark time" and wait for the signal to propagate to the farthest transmitters, so all transmitters launch the message at the exact same time.

Once the simulcast technology was perfected, it was applied to voice communications, dramatically enhancing the spectrum efficiency of voice systems. Previously, multiple radio channel pairs were used to cover a large geographical area, but simulcast achieved this with only one radio channel pair.

Mobile Data — Mobile-data applications have been around for more than 30 years. Some of the applications include:

Mobile data transmits messages and information at a rate that is a hundred times faster than can be conveyed over a voice channel, leading to much more efficient spectrum utilization.

Original mobile data systems had simple push-button switches on the radio control head to allow mobile personnel to indicate whether they were "en route" or had "arrived on scene." As mobile display units and keyboards were developed, complete messages could be sent and received by the end user.

Telematics and SCADA — Telematics and SCADA (supervisory control and data acquisition) systems use machines to "talk" to other machines over radio spectrum, this capability more recently has been termed machine-to-machine (M2M) communications. Utilization of telematics ranges from counting soft-drink purchases in a vending machine to complete control of interstate oil pipelines that transverse an entire country. Almost every U.S. power grid and pipeline is controlled by such radio systems. Other applications of telematics and SCADA include:

Location Technologies — Early location-based applications used the signal strength of a radio unit at a number of fixed locations to determine the approximate location of that unit. Later, very precise pulses of RF energy were used to determine a unit's location, based upon the arrival time of the pulse. When Global Positioning Satellite (GPS) receivers became commercially available, the exact position of a mobile or portable unit could be determined and transmitted to the base network for a minimum cost per unit. Because of the precise nature of the GPS data, it is now the de facto standard for location systems and is integrated into many radio systems.