The evidence is clear: Body-worn cameras should be on the radar screen of every law-enforcement agency

It has been said that a picture is worth a thousand words; if so, then video is worth tens of thousands words. Despite this, deploying body-worn cameras on officer is not a simple decision. 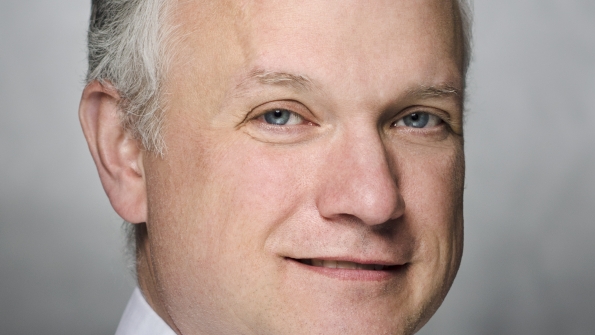 The evidence is clear: Body-worn cameras should be on the radar screen of every law-enforcement agency

One is that body-worn cameras are able to go where in-vehicle cameras cannot—basically, wherever the officer goes. This lets officers capture compelling evidence that otherwise would be unattainable—for example, when they are entering a home to mitigate a domestic-violence incident or chasing a suspect into the subway—and that will help prosecutors win more convictions. (Prosecutors love video evidence.) In fact, such evidence often leads to more plea bargains—suspects usually look to deal once they see the footage of them committing the crime for which they’re accused—which reduces the time that officers have to spend in court, keeping them on the street where they are needed most.

It has been said that a picture is worth a thousand words; if so, then video, at least in this regard, is worth tens of thousands words.

Another compelling reason for law-enforcement agencies to deploy body-worn camera systems is that the prospect of being recorded usually is enough to keep both citizens and police officers in line. In March 2015, the “Interim Report of the President’s Task Force on 21st Century Policing” cited the results of a 12-month study conducted in 2014 by the Rialto (California) Police Department, first published in the Journal of Quantitative Criminology.

The controlled trial involved every officer on all shifts being issued body-worn cameras, which reportedly resulted in roughly 60% fewer incidents of force and 88% fewer citizen complaints about officer misconduct compared with the previous 12 months. The trial demonstrated that, without question, citizens are less likely to break laws when they know they’re being recorded. Similarly, police officers with body-worn cameras generally are more likely to follow department regulations, and specifically are more likely to act prudently when they encounter a situation that requires them to use force to subdue a suspect.

This is an important point that cannot be overstated, as allegations of officer misconduct cost municipalities millions of dollars every year.  To litigate is costly and occasionally comes at a much higher cost, as evidenced in the recent civil unrest that occurred in Baltimore in the aftermath of the Freddie Gray incident.

In addition, video of various officer interactions offers an outstanding training tool that can be used in law-enforcement academies to provide textbook examples of law enforcement done right—and done wrong.

Perhaps the most compelling reason for police departments to embrace this technology is that it enables a vital question to be answered about an incident: What happened?

Often, no witnesses can be found to an incident; this puts juries in quite a bind when the suspect dies while being apprehended by police or while in police custody, because jurors have to rely solely on the testimony of the officers involved in the incident. This situation also creates a great deal of mistrust amongst the citizenry and the media. Video evidence greatly enhances the ability to get to the truth.

Finally, it appears that the citizens—i.e., taxpayers—that are served by law-enforcement agencies believe overwhelmingly that body-worn cameras are a good idea. According to a YouGov survey conducted shortly after the Freddie Gray incident, 88% of Americans favor the use of such devices by law-enforcement officers.

Body-worn cameras also have captured the attention of the federal government. The Senate Judiciary Committee on Crime and Terrorism conducted a hearing in May 2015 exploring whether such technology could be used to increase protection for law enforcement and the public. About body-worn cameras, Sen. Tim Scott (R-S.C.), a member of the committee, said prior to the hearing, “I believe that body-worn cameras will keep both law enforcement officers and citizens safer, while providing invaluable evidence for potential investigations.”

Meanwhile, the U.S. Department of Justice is expected to launch a pilot program this year that will provide $20 million in funding to enable dozens of departments—about a third of which will be smaller departments—to purchase body-worn cameras, according to the Washington Post.

So, body-worn cameras produce compelling evidence that leads to more convictions and plea bargains, while reducing excessive-force incidents and citizen complaints; the video they produce creates transparency and greater officer accountability, as well as a valuable training tool for both aspiring and current officers; and both government and constituents are in favor of their use.

At this point, it might seem to the reader that the decision to deploy body-worn cameras in a law-enforcement agency is a proverbial no-brainer. But, as in most things in life, the devil is in the details.

1 | 2 | 3 |
The evidence is clear: Body-worn cameras should be on the radar screen of every law-enforcement agency
Tags: Video Surveillance Commentary Incident Command/Situational Awareness Policy Public Safety Training Video View From The Top Commentary