If agencies could enable intersystem interoperability via ISSI at will, radio systems would be chosen on their merits, instead of being forced by anti-competitive vendor lock-in. 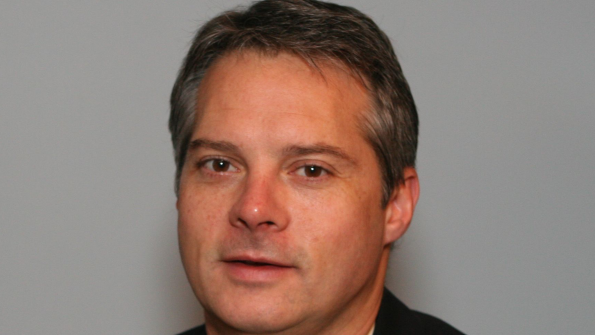 One of the questions asked of a FirstNet panel I was on at this past IWCE was "What are your biggest concerns about mission-critical voice?”  I didn't get a chance to answer at the time, but this is an issue that deserves serious consideration by the public-safety community.

One of the primary reasons that public-safety agencies have trouble communicating with each other is that each agency has its own Land Mobile Radio (LMR) system that is typically dedicated to its own use. And, since each LMR system may use different RF spectrum and underlying technology, these systems are very frequently not able to communicate with each other. This is fundamentally the "radio interoperability" problem plaguing first responders throughout our nation today.

There is a silver lining to the problem of many disparate LMR systems, however: If one LMR system should fail or its spectrum becomes unusable, only that LMR system is affected, while other systems in the vicinity continue to operate normally. Given the many LMR systems in a particular region or incident scene, this diversity effectively creates a very resilient and fail-safe network of systems; even in the largest disasters, some LMR systems will still be operational.

Mission-critical voice over LTE will effectively use FirstNet's Band Class 14 (BC14) spectrum in an LMR-like fashion to allow direct voice communication between BC14-capable devices. The theory is that (in the future) all public-safety agencies would be able to use that spectrum for voice communications, instead of requiring a separate LMR system. However, if all public-safety agencies at an incident scene are sharing the same spectrum (and LTE infrastructure if present), that's certainly putting all agencies' eggs in one basket and violates the "resilience through diversity" principle of highly-reliable systems.

In this scheme, a single failure can bring down all BC14 communications in the area. In addition to malfunctioning infrastructure components, there is always the possibility of bad actors; experiences at field trials have illustrated how easily a single rogue 700MHz transmitter can incapacitate the entire BC14 spectrum in an area.

So, if neither a single shared system nor many disparate silos are the ideal solutions to public safety voice interoperability, then what is? Although there is certainly no single answer to this, one promising approach involves combining the two to gain the best of both while mitigating the disadvantages of each.

If talkgroups from each disparate system were able to be quickly and easily interconnected as needed, first responders would be able to communicate while maintaining the resiliency of diverse systems. Such interconnections would need to be secure enough for mission-critical use, easy enough for unskilled users to enable on the fly, and resilient enough to operate while disconnected from the network at large.

What if this intersystem capability was enabled by a secure network-centric framework that could utilize both on-scene and wide-area networks such as cellular, microwave, satellite, and of course BC14 LTE? In this model, instead of all agencies relying on BC14 as their primary mode of voice communications, they could use it as a secondary function to interconnect their primary voice LMR systems. Of course, any on-scene agencies that do not have a primary LMR system could still use BC14 for their primary voice communications. Furthermore, on-scene interconnects could be seamlessly bridged to remote systems/agencies via wide-area networks (if present).

The technology to do this exists today. And it can be deployed in an entire region, for a fraction of the cost to migrate a single LMR system.