Wearable video cameras from VIEVU are used by more than 3,000 law-enforcement officers in 15 countries, but a new version of the technology is being used in various enterprise sectors. 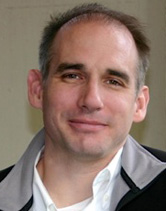 When he started Seattle-based VIEVU six years ago, Steve Ward—a former SWAT officer on the city’s police department—it was because he saw the need for a wearable video camera that would help officers of all types chronicle their shifts. One goal was to capture court-admissible video of crimes that could lead to convictions and help avoid officers avoid misconduct charges.

“When an officer walks into a domestic-violence call, he might see that the door has been kicked in, the phone has been ripped out of the wall, the furniture is in disarray, and the wife is shaking and visibly upset, and maybe she has redness that’s visible on the side of her face,” Lovell said.

“What do you do if you’re the officer? You make an arrest, you write a police report and you testify to that report. But, if you can show the power of the scene to a jury, to the judge and to the hearing officer, that provides very valuable information.”

With this in mind, VIEVU developed the LE2, a small camera that clips to an officer’s uniform that is being used by more than 3,000 police officers in 15 countries. The company also developed a software platform, dubbed VERIPATROL, that lets users store, retrieve and manage the video. Cloud-based and mobile versions of the platform also are available. 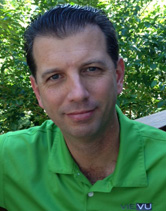 The success of the LE2 led to the latest iteration, VIEVU2, which became commercially available this month. The device is targeted to “prosumers”—professionals working in enterprises that require a high degree of security or the need to document their environments and the actions of those in them. Such enterprises include firms in the private-security, insurance, facility-management, transportation, and human-resources sectors.

A classic use case involves the retail sector, which already is leveraging video in an attempt to reduce thefts. Arming employees who can walk the aisles with a wearable camera improves the odds of catching shoplifters in the act.

Another use case that might not immediately come to mind involves utility workers, Lovell said.

“Some have been assaulted when they went to disconnect the service,” he said.

The VIEVU2 records video in both high definition and standard definition, offers 16 GB of storage—enough for about 90 minutes of recording in high definition—and has built-in Wi-Fi connectivity, so users can transfer the video to their iPhone or Android smartphones; in fact, the video can be live streamed, so a smartphone can be used as a viewfinder. A mobile application lets users view and edit the video and then send it via text or e-mail to others. The app can store video in Dropbox for later retrieval and upload it to Facebook, Twitter and YouTube.