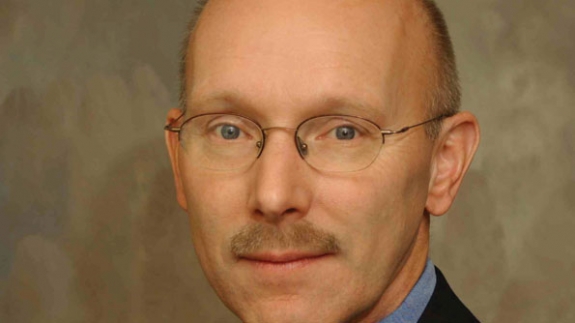 One of my favorite people is Bill Schrier, who recently departed for the private sector after 29½ years in government, the last 8½ of which were spent as the CIO for the city of Seattle. The headline above this column is my attempt at some good-natured teasing of Schrier, with whom I spoke today. What I actually meant by the headline is that I thoroughly enjoy my conversations with him. 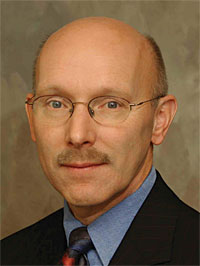 One of my favorite people is Bill Schrier, who recently departed for the private sector after 29½ years in government, the last 8½ of which were spent as the CIO for the city of Seattle. The headline above this column is my attempt at some good-natured teasing of Schrier, with whom I spoke today. He had mentioned to me the decline in journalistic integrity — taking great pains to exclude Urgent Communications from this characterization — that has resulted from 24/7 news cycles born of the phenomenon known as the Internet. Specifically, Schrier bemoaned the fact that many headline writers play fast and loose with the rules in order to grab the reader’s attention in a hyper-competitive environment.

So, I thought I’d have a little fun. What I actually meant by the headline is that I thoroughly enjoy my conversations with Schrier, who always is one of the smartest people in the room and very generous with his time and insights.

The real reason I called him was to discuss his departure from the government sector, where he has spent virtually his entire career, and to hear a story or two. I learned something I didn’t know: He was a patrol officer in Dubuque, Iowa, at the very outset of his career — an experience that he said gave him great insight into what law enforcement needs from its communications systems. That perspective served him well in Seattle, where one of his many responsibilities was to oversee the city’s public-safety communications system.

I asked him about what he was most amazed by during his three-decade career. He mentioned several things, starting with the advent of the desktop computer.

“I still can remember when IBM came out with an electric typewriter that was self-correcting — what a wonder that was,” Schrier said.

I smiled when he said that, thinking back to the beginning of my career 30 years ago, when I wrote copy on a manual typewriter and then had to correct all of my errors — using a pencil and lots of correction fluid — before sending my prose to typesetting. How they were able to decipher that chicken scratch still is a mystery to me.

Schrier went on to talk a little about the power that bringing computing to the masses engendered.

“It made a lot of people tech savvy — for the first time they understood what the ‘blue screen of death’ was all about,” he joked.

But then he got serious, explaining why it mattered that computing made its way into the hands of America’s citizens, particularly its work force. I can think of only one invention that had as profound an impact on how the world conducts its business: the telephone.

Then we talked about the explosion of the cellular phone, another wonder in Schrier’s eyes. He pointed out that there are now more cell phones in use than there are people in our country, which really is quite amazing when one takes a moment to ponder it. As amazing is that, today, one can communicate with anyone, anywhere and at anytime.

“It used to be that you’d only call someone in another city when you traveled to that city, because of the long-distance charges,” he said.

Schrier then told me about a recent experience involving someone who had re-tweeted something of his. It turns out that the person is a Peace Corps volunteer stationed in Madagascar, which just so happens to be the destination that Schrier’s nephew arrived at two weeks ago. The nephew and re-tweeter now are going to try to connect.

“It’s the kind of communication you wouldn’t see without today’s technology,” Schrier told me.

Of all the things we discussed, applications are the thing that really gets Schrier excited.

“Can you believe that ‘apps’ has made its way into the common parlance?” he asked.

Schrier had a bit of a confession to make — until recently, he was a BlackBerry guy but now is carrying an iPhone.

“I only have about six apps right now,” he said. But he expects to get a lot more soon.

More than that, he sees the app market exploding in the government sector. It won’t be on the level of what occurred in the commercial sector — after all, Apple alone has more than a half-million apps* in its store — but Schrier sees a day in the not too distant future when such a store targeted to the government sector will have “100,000 apps for law enforcement, fire, EMS, utility and transportation workers, and another 100,000 that citizens will use to interact with government.”

Schrier told me of an app used by taxi drivers in Mexico to report potholes, crimes in progress and traffic collisions.

“That type of interaction between citizens and public safety and government will have a revolutionary effect,” he said.

Before we hung up, I asked Schrier about a long-standing concern of mine, which is that with all of its wonderment, technology in some ways has worsened the quality of life, by forcing people to be accessible 24/7/365, and by dramatically increasing the burdens placed upon them. I’m all for increased productivity, but there are times that I wonder whether the concept is being pushed too far.
Schrier agreed with me, but only to a point.

“Certainly, there are many people out there who can’t stay away from their cell phones, even for a minute, because they’re afraid they might miss something,” he said. “And there are some people who believe that technology is making us more isolated.

“But I think we’re much more connected today — I’m communicating now with people I haven’t seen in 30 years — and quality of life is much better when you can talk to the people you need to talk to, when you need to.”

Who can argue with the smartest guy in the room — or in this case, on the phone?