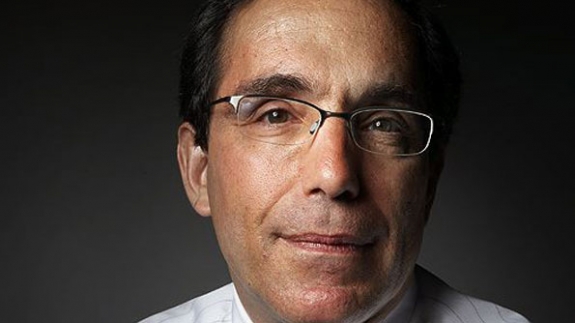 Remember to feed the elephants

By David Kahn — Earlier this year I attended NIST's 700 MHz Public Safety Broadband Demonstration Stakeholders Meeting, where very smart people presented their visions for the national LTE/4G network. However there seemed to be a few elephants in the room that largely were ignored.

Public-safety communications professionals are excited about the federal legislation enacted in February — and with good reason. The new law grants the 700 MHz spectrum known as the D Block to public safety and provides $7 billion in initial funding for a nationwide broadband voice and data communications network.

Earlier this year I attended NIST’s 700 MHz Public Safety Broadband Demonstration Stakeholders Meeting, where very smart people presented their visions for the national LTE/4G network. However there seemed to be a few elephants in the room that largely were ignored, as follows.

Elephant 1: Two showstoppers for public-safety LTE have yet to be, and may never be, overcome.

There is no incentive for commercial cellular network operators to support direct device-to-device and many-to-many LTE voice communications that circumvent the carrier networks. In fact, carriers already are resisting the needed modifications to the 3GPP standard to allow direct device communications, because it eliminates a significant revenue source. A 1-minute phone conversation using GSM voice requires approximately 1 MB of data, for which carriers currently receive about 6 cents on average from each device. The revenue for transmitting 1 MB over LTE is about 0.75 cents*. Cellular carriers therefore have a powerful economic incentive to delay or outright oppose the transition to voice over IP (VoIP).

Public-safety towers will have more stringent environmental standards and backup power requirements than commercial towers, and this is guaranteed to increase costs. Moreover, the radio equipment in the public-safety cell towers likely will be specific to public safety and cost more than commercial equipment.

Verizon is expected to invest $22 billion into its nationwide LTE network, focusing on major markets. Public safety’s coverage goals are more ambitious and include rural areas that commercial cellular carriers currently ignore. Yet public safety has only $2 billion appropriated for building its national LTE network and another $5 billion that will come from spectrum auctions. Large budget deficits at all levels of government could delay the additional funding needed to complete the network.

Elephant 3: Public-safety LTE devices are likely to be too expensive for wide deployment.

Public-safety agencies in the U.S. only have about 3 million users, and they often hang onto devices for years. Therefore, they are unlikely to buy more than a million units annually. In contrast, the commercial cellphone market exceeds 1 billion units per year. Public safety is a niche market with a small number of vendors controlling the lion’s share of the market and having a history of creating incompatible devices. If even a single design difference exists between public-safety and commercial devices, economies of scale in design and production will evaporate and prices will go up. Thus, by operating in its own band, public safety guarantees high-priced devices.

Elephant 4: More attention needs to be paid to the requirements of near-term uses of the public-safety LTE network.

When first rolled out, the public-safety LTE network will be restricted to data-only applications because it will lack mission-critical voice (see Elephant 1 above). Yet, software application interoperability and security have received little consideration thus far. It will not be sufficient that devices are able to communicate with each other. They also must be able to share applications and ideally be able to evolve without requiring that every organization simultaneously update their software to maintain compatibility. In other words, public safety needs an applications interoperability platform.

The bottom line: I got into public-safety communications because it shocked me that different agencies’ radios could not connect. Progress has been made; indeed, Project 25 radios largely have solved this problem. There is a real danger that this will be lost if public safety rushes into relying solely on broadband LTE devices operating on its own network. Digital services such as GPS, picture and video — as well as instant access to a vast number of public-safety databases — can give public-safety professionals important tools. But to get to that future, we need to be realistic and pragmatic — and not forget that the network only will be as useful as the applications that run on it. We must not take interoperability for granted.

David Kahn is the CEO of Covia Labs, a Mountain View, Calif.-based vendor of wireless push-to-talk and command-and-control solutions.