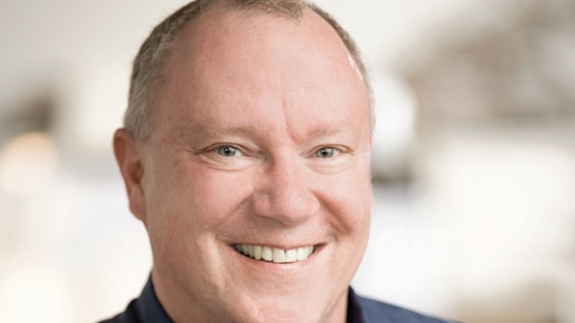 Past disaster lessons can help PSAPs prepare for the future

Learning from events such as last year's tornado in Joplin, Mo., can help other PSAPs prepare for the worst circumstances.

There are several potential origins for the phrase, "show me the ropes." One involves the plethora of ropes that exist backstage in a theater and control vital functions, such as the opening and closing of the curtain. Another is nautical, a reference to the many ropes that control a vessel's sails. My particular favorite comes from the world of boxing — anyone who has tried to enter a ring without first getting instruction on how to navigate the ropes knows what I mean.

It matters not which truly is the origin of the phrase. What does matter is embracing its message. Why stumble about in the dark, when one can more efficiently rely on the knowledge and experience of others to light the path? One can save a lot of stubbed toes and black eyes by choosing the latter.

Because of this philosophy, when I am at a trade show and conference — as I was last week, for the annual Association of Public-Safety Communications Officials (APCO) gathering in Minneapolis — I tend to spend more time in the educational sessions than I do among the exhibits. I like to learn about trends, and issues and best practices. And I like even more to share what I've learned with others who might benefit.

One such session was led by April Tarrant and Kima Montgomery of the Jasper County Emergency Services Board. They explained what they learned during and after the F5 tornado that tore through Joplin, Mo., and the surrounding region in May of last year. I started to write about this last week, and now would like to finish the job.

Tarrant had stressed the importance of documentation, given the complicated and arduous task of getting reimbursed from FEMA in the aftermath of a major disaster. Such documentation goes well beyond keeping track of mileage.

"Mileage is important to our auditors — we answer to an elected board of officials, and that's what they want to know," Tarrant said. "But FEMA wants to know drive hours — when did you turn the vehicle on, when did you turn it off, where did you go, what did you do, and what was your justification for going where you did and doing what you did. … They want to know this, because they don't reimburse for the regular hours that you work, only overtime. So, it's important to justify that."

It's also important to compile, in advance, an information packet that tells volunteers everything they need to know about working in your 911 emergency call center, because volunteers will descend on the affected area in great numbers in the aftermath of a major disaster, according to Montgomery.

"You need to tell them where the bathrooms are, where the fax machines are, and whether they have to dial '9' to get an outside line," Montgomery said. "You need to give them a guest log-in for the phone. No one could log onto the phone, because they needed a four-digit number to do that. No one could get onto a computer or our CAD system, because we didn't have guest log-ins. We have since created those."

It's also vital to be attuned to the fact that telecommunicators and first responders in the aftermath of such a devastating event are encountering all sorts of horrific sights and sounds as they go about their business. Knowing that they also have personal lives is equally vital, as is the knowledge that those lives often have been turned just as upside down as those of their neighbors.

"You don't think about the fact that we have multi-responder families," Montgomery said. "We have nurses who were called immediately to the hospital, and then — in the middle of the night — her husband, who is in the National Guard, gets a call to deploy. And maybe their house wasn't destroyed, but [grandma's] was, and maybe she is the only one who can take care of the kids.

"What do you do when your responders are overwhelmed?"

Tarrant spoke of the need to manage information. She advised agencies to know the local media and develop good relationships with them, so that they can be allies in the event of a disaster. This includes understanding how to effectively leverage social-media outlets, including as Facebook and Twitter. It's also helpful to designate someone who can quickly write press releases and liaison with the media.

And never, ever give your personal cell phone number to police and fire/EMS officials — if you do, you soon will be inundated with calls from the public, Tarrant said.

"Those calls aren't pleasant," Tarrant said. "The first one I received was from a mother whose son was missing. She had found his vehicle by the high school — the car was destroyed. She had been told that the body of a young man had been found, but she hadn't been told where he had been taken, whether he was still buried under rubble, or whether he was alive or dead. She had stopped a search-and-rescue worker at the high school, who gave her my cell-phone number."

Hopefully you read something in this column and last week's that you didn't know before, something that you can use should a giant tornado flatten your town. And, hopefully, you never will have to use it. But as Tarrant so sagely offered, "You have to be ready for anything."