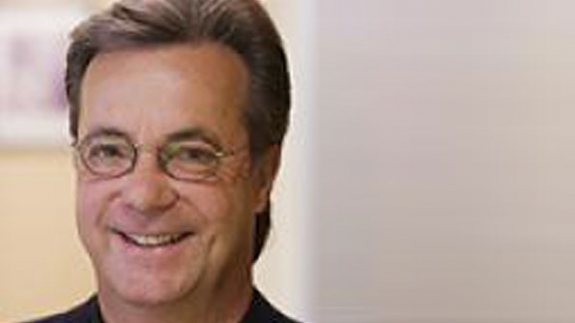 Effort to boost broadband communications in the U.S. gains momentum.

It seems that the FCC and NTIA now are in violent agreement as to at least one aspect of the many issues surrounding the First Responder Network Authority (FirstNet), which will oversee the construction and operation of a nationwide public safety broadband network composed of both former commercial spectrum (758-763/793-799 MHz) and public-safety broadband spectrum (763-769/793-799 MHz). Not that they would/should not have been, but it did appear at the outset that FirstNet (at least as represented by NTIA since FirstNet did not exist until Aug. 20) did not see eye-to-eye with the FCC about the potential benefit of continued deployment on even the original 5×5 MHz public-safety broadband spectrum by “early adopter” localities that had been given the green light by the FCC.

In May 2012, NTIA urged (some might say directed) the FCC not to extend the waivers and spectrum leases that had permitted a handful of jurisdictions to begin building broadband facilities, and not to issue any new waivers. (NTIA even suspended the broadband BTOP funding it had approved for these projects.) Most of those leases were expiring in early September 2012 and NTIA made it clear it wanted FirstNet to have a clean slate from which to start.

The FCC politely ignored that demand and adopted provisions for jurisdictions to deploy on the original 5×5 MHz spectrum under Special Temporary Authorizations (STAs), provided they met a pretty rigorous justification standard. Then in August, three days before the FirstNet board of directors was announced, NTIA made what looked like a u-turn and encouraged the FCC to issue any STAs for the entire 10×10 MHz of broadband spectrum, the original 5×5 MHz allocation plus the 5×5 MHz D Block.

Whether this means that FirstNet is doing its own thinking as an independent authority within NTIA — as it should — or that something/someone caused NTIA to get religion about the possible benefits of limited early deployment — or both — may never be known and may not matter. There now at least is a path for getting this show on the road. STAs aren’t forever, thus creating some financial risks, but who would suggest that it is good public policy to take down an operational public-safety broadband network? I think seeking an STA is safe.

What else? The FirstNet board was appointed on time by NTIA, and FirstNet soon will be issuing requests for proposals and entering into agreements for the construction, operation and management of the network on a nationwide basis using the funds (that would be billions) allocated for these purposes. For its part, the FCC has taken down the PSST, public-private partnerships, reallocated the D-Block from commercial to public-safety broadband use, and announced that it is prepared to assign the 20 MHz of spectrum to FirstNet once asked to do so by FirstNet, not NTIA as its surrogate. All of these activities were required by the spectrum-reform legislation, and as the FCC has now stated on numerous occasions, the legislative mandates left “no room for agency discretion.” In other words, the FCC is following orders. Borrowing a line from the “Bourne Identity” movie, this federal program “has traction.”

What also has momentum is the new addition to the FCC’s spectrum repurposing arsenal that the agency received as a result of authority granted through the spectrum-reform legislation — incentive auctions. Chairman Julius Genachowski was effervescent in announcing the commission’s plans to conduct “the world’s first incentive auctions and freeing up significant spectrum for mobile broadband.” To be clear, at this point, the targeted bands to be “freed up” are significant portions of TV broadcast spectrum, so that spectrum for both licensed and unlicensed use can be deployed to drive faster speeds, greater capacity and ubiquitous mobile coverage. “The mobile experience for millions of consumers and small business owners will improve as a result of successful incentive auctions … and if adopted, incentive auctions will help create jobs and strengthen U.S. competitiveness,” Genachowski said.

Goodness, when do we start? Of course, these incentive auctions are voluntary on the part of the incumbent broadcasters, and with that potential obstacle perhaps in mind, the FCC also announced that “many broadcasters will have a new and unique financial opportunity as a result of incentive auctions.” I guess so. These auctions will indeed be complicated, and are anticipated to be launched in 2014.

And should the nation’s broadband performance not meet consumer expectations, service providers might just get caught up in the FCC’s new Mobile Broadband Services Testing and Measurement Program. This is a little complicated, but basically the genesis is that the National Broadband Plan — which we were again reminded was developed by the FCC — made recommendations to improve the availability of information for consumers about their broadband service (which consumers freely selected at the outset in the free marketplace after weighing service features and payment plans). As a part of its “Consumer Empowerment Agenda”, the FCC now will be launching a broadband speed test app and a comprehensive effort to provide the first detailed and accurate measurements of fixed and mobile broadband service performance in the United States.

The FCC’s associated public announcement stated that it has “already received commitments to cooperate by major wireless carriers.” What, the major wireless carriers were not going to participate in a federal effort to have their service performance measured for consumption by their very own customers? Whether willingly or grudgingly, you can be sure that the agency has received such commitments from the national carriers.

But is this program an appropriate allocation of the FCC’s resources? I’m not sure that it is. Every advertisement I see has the national carriers beating each other up over data speeds and coverage capabilities. The carriers are motivated enough on their own to enhance their quality of service. And will the FCC ever be satisfied with the results provided by its federal testing and measurement program? I doubt it.