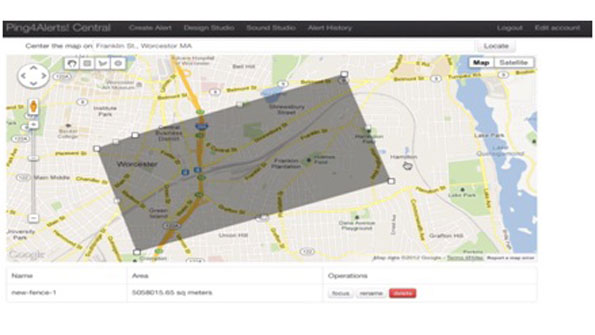 Massachusetts official: We missed the brunt of Sandy, but we were ready

Massachusetts was not hit as hard by Superstorm Sandy as many anticipated, but the commonwealth was prepared to notify people in affected areas with a new alerting system that sends important messages to smartphones.

When the state of Massachusetts implemented an emergency alert system developed by Ping4Alerts last month, little did officials know that they would be facing one of the worst natural disasters in U.S. history just a few weeks later. But even though the system — designed to push public-safety and health alerts to the public via a smartphone application — was used minimally during the crisis, it was comforting to know that it was there, said Peter Judge, the public information officer for the Massachusetts Emergency Management Agency.

“Unlike the stuff that you saw happening in New Jersey, New York and Connecticut, we really didn’t have that level of trouble,” Judge said. “Statewide, we only ended up with 165 people in shelters. You wouldn’t have believed how we missed this bullet — [the storm] surrounded us. Fortunately, we didn’t get whacked like our sister states did.”

The system was used to push out weather alerts and an Amber Alert as the so-called Superstorm Sandy approached the commonwealth, but it really is intended to be used only in life-threatening circumstances, according to Judge. The theory is that using the system often and for more mundane purposes eventually will result in a “boy who cried wolf” scenario.

“When this thing goes off, we want them to know that there’s something incredibly serious [happening],” Judge said.

The Ping4Alerts solution uses proprietary technology to enable government entities to pinpoint the location of cellular phones, according to Jim Bender, CEO of the Nashua, N.H.-based company. 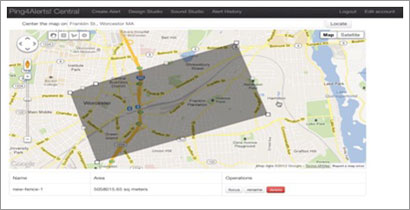 “It involves cell-tower triangulation, it involves accessing local Wi-Fi, if it’s available, and it also very economically uses GPS,” Bender said. “If we detect that a cell phone is not in movement for some period of time, we start dialing back the GPS, so it’s extremely efficient on your battery.”

There are no privacy concerns, because the entity that is transmitting the alert knows nothing about the recipients, according to Bender.

“This is completely anonymous,” he said. “A lot of people don’t want local law enforcement to have information about them, because they have concerns about privacy and about their location being tracked. … With [this solution] you don’t have to worry about whether Big Brother is watching.”

Bender said his company’s approach to emergency alerting is a big leap forward from traditional methods.

This is especially advantageous in areas that get a heavy amount of tourist activity, Bender said. He told of a recent visit the company received from the emergency management coordinator for Martha’s Vineyard, Mass. The visitor explained that the island’s year-round population of about 17,000 swells to more than 100,000 every summer weekend, with the vast majority of the insurgents being non-residents. Complicating matters is that it’s generally not the same 100,000 people from one weekend to the next. The visitor said that he needed a way to communicate with everyone on the island — resident or not — in times of emergency.

“Ping4 is ideal, because there simply is no other way to gather appropriate information about all these people where you need immediate, real-time alerts,” Bender said.

Another key feature is the platform’s geo-fencing capability. Multiple geo-fences can be drawn around an emergency incident, and a different message can be transmitted to each area. For instance, if an 18-wheeler carrying a hazardous material jackknifes on the Massachusetts turnpike, a geo-fence could be drawn around the immediate area; motorists nearby could be alerted to the situation and given instructions about what to do next. Meanwhile, a second geo-fence could be drawn to create a larger perimeter. Motorists who enter it could receive alerts telling them to avoid the accident area and what alternate routes they should take.

“It’s a way to prevent a catastrophe from becoming a bigger catastrophe, or to mitigate the damage,” Bender said.

Of course, the solution only will be effective if people download the application. About 10,000 people did so within the first 24 hours after MEMA’s press conference to announce the initiative, which was carried by the four major TV networks in the region, as well as a cable news network and a Spanish-language station, in addition to print media, according to Bender. But, with more than 6 million people in the commonwealth, there still is a lot of outreach work to do.

“We’re using a grassroots approach on this,” MEMA’s Judge said. “There are 351 communities in the commonwealth, and they each have their own emergency management director, who we interact with on a daily basis. We’re working with them to promote it within their communities. … There’s a lot of enthusiasm, so we expect that these numbers will continue to grow by leaps and bounds.”