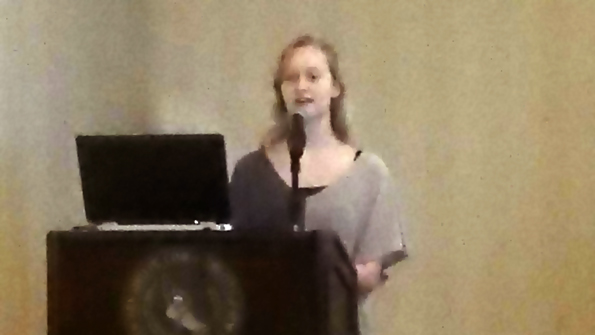 The future of wireless communications, as seen from 91,000 feet

Erin King, MIT freshman and winner of the 2012 Radio Club of America Young Achiever Award, is a reminder of the important role that RCA plays in supporting future innovation in the radio industry.

The Massachusetts Institute of Technology has a quaint and long-standing tradition, which is to send incoming freshmen their acceptance letters in a mailing tube. The students are then supposed to “hack” the tubes, which is another way of saying that they are expected to dream up an elaborate prank with the tube at the center of the plan.

Such hijinks are a big part of MIT’s culture and persona. This is the school whose engineering students once figured out a way to place what looked like a police cruiser — complete with flashing lights — atop the dome on one of its buildings, and kept it from sliding off. As far as the tube goes, a popular repurposing involves turning them into potato and lemon launchers. That was a little too pedestrian for Erin King, who decided to launch her tube into near-space instead. 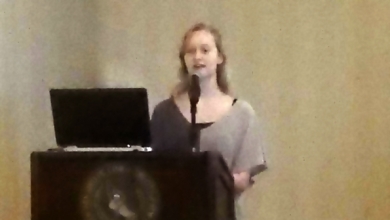 King was a presenter at the Radio Club of America’s technical symposium last Friday, and then received the RCA’s 2012 Young Achiever award at the organization’s annual banquet in New York City that evening. She is studying electrical engineering and computer science at MIT and has been an amateur radio operator since her freshman year in high school. She got her license as a matter of necessity, because without it she would have been unable to operate the ham radios she was using as part of a series of high-altitude balloon missions that were conducted in conjunction with a program offered by her high school. She has since gone on to earn her general and extra-class licenses.

King describes high-altitude ballooning as a “poor man’s space program,” as the contraptions soar into the near-space zone of the stratosphere, which starts at 70,000 feet above the earth’s surface — roughly twice as high as the cruising altitude of commercial airplanes — and extends to 120,000 feet. King’s balloons can take months to set up and carry payloads that include radios for transmitting data back to the base station, tracking gear, cameras that take both high-definition video and still images, and sensors that capture a wide variety of scientific data. In this particular case, the balloon soared to about 91,000 feet before popping.

During her presentation, King showed a video that contained some of the HD footage captured by the video camera — manufactured by Go Pro, the same company that manufactures the cameras used in the Scout unmanned aerial vehicle that is manufactured by Aeryon Labs and distributed in North America by Datron. As you might imagine, the images were spectacular.

King said that her mother had loaned her the camera, which had been a gift. “We had a lot of incentive to get it back,” King joked.

That’s not always easy. When a balloon is launched, it keeps expanding as it rises. Eventually it bursts, and as it drops back to earth, a parachute deploys to manage the speed of descent. For the MIT mission, King used a path-prediction program available for free online from a Missouri-based outfit called Near Space Ventures. The program uses sophisticated algorithms to predict where the thing is going to land, taking into account variables such as wind and weather conditions. According to King, the program is “pretty accurate.” King was understating things. She showed an image that depicted the predicted and actual flight paths, and the program was remarkably accurate in this case.

The balloon carried two different tracking systems, one primary and one secondary. The primary was an Automatic Packet Reporting System (APRS) beacon. Data transmitted by this beacon was integrated with mapping software that let King and her mates follow the balloon in vehicles as it made its journey. Where it landed was pretty much where the path-prediction software indicated.

But finding it is not always the same as retrieving it — in fact, retrieval often is so vexing that the recovery stage takes longer than the mission and chase combined, according to King. Retrieval for the MIT mission wasn’t too bad — the contraption landed in a not-so-tall tree. But King said that they haven’t always been so lucky. Once a payload landed so high in a tree that they had to wait along the roadside for hours, hoping that someone would drive by who just happened to have a chainsaw with them.

“Now we keep chainsaws and waders handy,” she said.

Worse is when the payloads land in someone’s backyard. King said that ringing the doorbell and asking the homeowner to give back an object that just landed in his yard from near space always creates quite an awkward moment.

The best outcome is when the payload lands in an open field. But that’s no guarantee that the retrieval won’t be problematic.

“Once we found a bunch of cows surrounding the payload, sniffing it,” King said. “Another time, it found the only wet area in this giant field, and went splat.”

The worst outcome is when the payload finds substantial water. Once, one of these things landed in a swamp. “So, we didn’t get any data out of that one,” King said.

It was fun listening to King, who is very engaging. She also represents the future, as it is students like King who will form the next generation of innovators. King is exactly the type of student that the RCA tries to support through its scholarship program. The organization could use your help. It takes $20,000 to fund a scholarship. If that’s too pricey, then consider making a donation that can be used for the RCA’s grassroots program that targets school-age children, in the hope of sparking an interest in science, particularly wireless communications.

Every donation, regardless of size, matters. Please be generous, as future innovation depends on it. Because, unless more Erin Kings come along with a passion for science that can be honed to accomplish great things, there won’t be any innovation in the future.