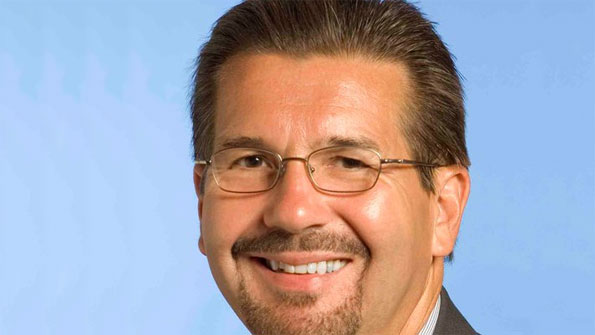 As deadline looms, many still unprepared for narrowbanding requirements

By Al Ittner — As the narrowbanding deadline nears, many affected licensees have not complied with the FCC mandate. Here's a review of their options.

It’s time. After years of preparation, the narrowbanding deadline mandated by the Federal Communications Commission (FCC) almost a decade ago for all Part 90 channels in the VHF (150-174 megahertz (MHz) and UHF (421-470 MHz) bands arrives on Jan. 1, 2013. The Commission has invested considerable time and resources to build awareness about this deadline, working closely with user associations and equipment providers, drafting public notices, leading conference sessions, developing websites and distributing a wealth of informative materials.

Despite this, a large number of land mobile radio (LMR) public safety and industrial/business licensees operating today seem unprepared for this critical deadline. Approximately 30% of the public-safety licenses in the FCC licensing database still show only a 25 kilohertz (kHz) emission designator, instead of the required 12.5 kHz emission designator. This means a large number of licensees soon will be operating noncompliant systems by yearend.

By Jan. 1, the percentage of licenses remaining in the database likely will not reach zero, for a number of reasons. Some key reasons are that the figure includes: (1) T-Band (470-512 MHz) licenses — systems the FCC waived from having to transition to narrowband in its April 26, 2012, order — and 150-470 MHz licenses that have been granted an individual waiver to temporarily continue operating in 25 kHz; (2) applications for license modification that will still be in the FCC processing pipeline as of the deadline; and (3) some unknown number of licenses that should have been cancelled, because the licensee is no longer operating LMR radios or systems in these bands.

Since the FCC released its July 13, 2011, public notice that provides guidelines to licensees who cannot meet the Jan. 1, 2013, narrowband deadline, only 80 waiver requests had been filed with the FCC as of early November. Of those filed, only 15 had been granted. Time is rapidly running out to submit additional waiver requests in time to receive an FCC decision this year. But as demonstrated by the low number granted, they must adhere to the FCC’s previously communicated guidance. Visit www.fcc.gov/narrowbanding for further information and guidelines.

Only non-Part 90 licensees, T-Band licensees and 150-470 MHz licensees who have been granted waivers by the FCC may continue to legitimately operate in 25 kHz efficiency after the end of this year.

Big penalties promised for not complying

The FCC stated it will turn over any remaining 25 kHz-only licensees to its enforcement bureau after the start of the year, with the exception of those noted above and those operating narrowband-equivalent technologies on 25 kHz channels. The FCC has said it will audit its database sometime after the deadline to identify the VHF and UHF license holders that haven’t switched to narrowband operation.

The Enforcement Bureau released an Advisory on Aug. 22, 2012, to emphasize that it “is committed to aggressively enforcing the narrowbanding transition deadline.” It also reiterated that penalties for violators can include loss of license and fines of up to $16,000 for each violation or day, up to $112,500 for any single failure to act.

In a May 21, 2012, letter to the FCC Public Safety & Homeland Security and Wireless Telecommunications Bureau Chiefs, the Land Mobile Communications Council (LMCC) advised that every FCC-certified frequency advisory committee (FAC) agreed to adopt the following procedure for all systems that are non-compliant with the FCC narrowbanding mandate:

Effective Feb. 1, 2013, FACs shall not consider non-compliant 25 kHz systems in the 150-470 MHz bands for purposes of identifying exclusive use frequency assignments for LMR trunked systems, unless there is a pending modification application evidencing narrowbanding compliance, or a pending or awarded waiver request seeking deadline extension.

LMCC’s intent was to promote compliance with the mandate and increase spectrum efficiency by advancing opportunities for hybrid/centralized trunked systems. Non-compliant 25 kHz systems will likely interfere with neighboring narrowband systems, resulting in complaints to the Enforcement Bureau and subsequent action taken against the non-compliant licensee.

On Nov. 30, the FCC issued another public notice on remaining manufacturer and service-shop clarification requests. In that notice, the agency instructed FACs to treat noncompliant licensees as if they had narrowbanded their systems to operate on 12.5 kHz channels. The LMCC has asked the FCC to reconsider this position, and there have been recent indications that the FCC will alter those rules to align with the LMCC request.

What to do now

You still have until the end of this year to reprogram your existing equipment and purchase new radios to bring your system into compliance. If you’re not sure what next steps to take, we have a wealth of narrowbanding resources available on the Motorola Solutions website. If you have not applied for a waiver, you can still attempt to do so, however your chances of gaining approval this late in the game are getting slimmer. If your waiver has been approved, it’s critical that all milestone dates are met in order to avoid the costly penalties associated with non-compliance.

For more information, visit the FCC website at www.fcc.gov/narrowbanding.