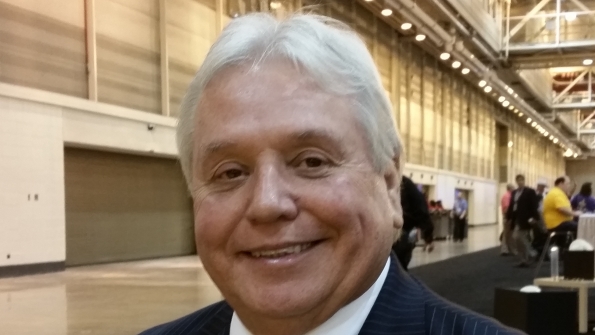 More than four months after its sale from Alcatel-Lucent was finalized, Virginia-based LGS Innovations is enjoying the freedom of no longer being bound exclusively to the U.S. federal-government market, so it can pursue business in sectors such as utilities, according to top management official with the company.

More than four months after its sale was finalized, Virginia-based LGS Innovations is enjoying the freedom of no longer being bound exclusively to the U.S. federal-government market, says a top management official with the company.

LGS Innovations was a subsidiary of Alcatel-Lucent before being sold for up to $200 million to a partnership formed by Madison Dearborn Partners and CoVant. That acquisition was completed in April.

“Now that we’re outside of Alcatel-Lucent, we will be expanding into state and local and some of the major strategic industries—utilities, as an example,” Dan Bigbie, vice president of business development for LGS, said during an interview with IWCE’s Urgent Communications at the recent Association of Public-Safety Communications Officials (APCO) conference in New Orleans.

LGS will continue to be a supplier of Alcatel-Lucent products and services while reaching into those new markets.

“We are still the only authorized channel for Alcatel-Lucent to bring their product solutions to the federal government,” Bigbie said. “And we step out of federal and we go state, local, enterprise, etc.—that’s a much more competitive arena, and we will be a competing partner, as well as a competitor in that space. So it broadens us and allows us to go a lot deeper than we previously were inside of Alcatel-Lucent.”

Moving forward, Bigbie said he considers LGS’s key attributes to be its knowledge of network development and it ability to offer comprehensive network solutions, as well as its experience addressing the cybersecurity needs of the federal government.

“I think the markets themselves are going to be receptive of that, because, quite frankly, they face the same challenges as the U.S. government,” Bigbie said. “With the domains the government plays in, they are ahead on the research and development of what they’re deploying—especially in the area of security.”

Some of the Alcatel-Lucent products that LGS will continue to carry include routers (7750 and 7705 families), high-capacity photonic optical platforms up to 400G (1830 series), enterprise network switches (OMNI Data Switch 6000 and 9000 series and OMNI enterprise communication servers) and wireless networks (4G, LTE and microwave MDR 800 and MPR 9500 series).

For Alcatel-Lucent, the deal was part of its strategy to focus the company’s resources on IP networking and ultra-broadband access, according to a joint news release issued when the agreement was first announced in December 2013.