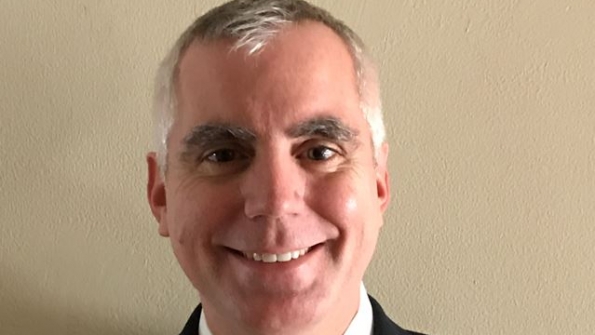 FirstNet legislation took direct aim at unsuccessful past attempts at interoperability by mandating that the public-safety network be built to open, commercially available standards. A single FirstNet core ensures interoperability among the network-based applications that first responders will use to share voice, video and data.

This is truly a remarkable time in history for America's first responders. For the first time ever, they are poised to have access to a truly interoperable, nationwide wireless broadband network for public safety.

After years of determined advocacy on Capitol Hill, first responders’ efforts were rewarded in February 2012 with the enactment of the Middle Class Tax Relief and Job Creation Act, which established the First Responder Network Authority, or FirstNet. In the five years since Congress enacted this law, FirstNet has carried out its statutory mandate by embarking on an audacious plan to oversee the development of the nationwide network.

Through an open and transparent request for proposals (RFP) process, FirstNet selected AT&T as its commercial partner earlier this year to build and maintain the public-private network. At this moment, more than half of the states have decided to “opt-in,” thereby accepting FirstNet’s offer to build, maintain and protect their radio access network over the life of the FirstNet contract. Other states are considering, before the Dec. 28 deadline, whether to “opt-out” and assume the cost—and risks—of deploying their own cellular radio access network (RAN) within their state.

That the contract to build and maintain the network was awarded to a single partner was intentional: modern commercial cellular networks, like other IP-based infrastructure, face a daily barrage of threat actors aimed at disrupting the flow of critical information. A single national-network architecture is primed to evolve with technological advancements and implement critical upgrades to keep the network safe and secure.

For this reason, Congress directed FirstNet, through its enabling legislation, to build a single core based on commercial standards that could be monitored, operated, upgraded and protected by the eventual RFP winner.

So important is the core to the overall safety and security of the network that Congress directed any state that actively chose to opt out and assume the inherent risks of building out their own infrastructure within their state are statutorily limited to the buildout of the radio access network (RAN).As the law makes clear, and FirstNet—after seeking extensive public comment— reaffirmed in its statutory interpretations, any state choosing to deploy its own RAN under 47 U.S.C. 1442(e) must use the FirstNet core to provide public-safety services within the state.

Congress mandated this reliance on the FirstNet core to help ensure that America’s public-safety professionals will finally have access to a truly interoperable nationwide broadband network.

Congress created FirstNet and pushed a single-core network in order to create a new paradigm for public-safety communications. For decades, LMR-based networks have operated as separate, standalone networks, often unable to communicate amongst one another. Several factors, including fragmented public safety spectrum offerings and network encryption, have contributed to a lack of interdepartmental interoperability. That is why Congress created FirstNet and its core network: past attempts at nationwide interoperability have failed.

The FirstNet legislation took direct aim at these unsuccessful past attempts at interoperability by mandating that the public-safety network be built to open, commercially available standards. A single FirstNet core ensures interoperability among the network-based applications that first responders will use to share voice, video and data—aiding in situational awareness, while improving day-to-day efficiencies. This legislatively-mandated construct, coupled with the ongoing standards work of the National Institute of Standards and Technology (NIST), will help ensure a viable and robust application ecosystem marries up with the open, standards-based FirstNet network.

By contrast, a public-safety core developed outside of the FirstNet construct would ipso facto frustrate the original intent of the law, because network traffic would not flow between the two cores. Users of network-based applications on the FirstNet core would therefore be unable to communicate with other users on the non-FirstNet core, which would fragment first-responder communications during incident responses and create the same kinds of interoperability challenges that have historically plagued public-safety communications for decades.

First responders have come too far to get sidetracked by the promise of separate, state-specific, standalone cores. Those who try to peddle such one-offs are only paying lip service to nationwide interoperability, while likely making unrealistic promises of advanced services and huge financial gain to state coffers. They ultimately do a disservice to the brave men and women who risk their lives every day for our safety.

Ensuring true interoperability among the thousands of departments and jurisdictions that will operate on FirstNet’s network was central to the law’s passage. It continues to be the top priority, and one that we all must fight to protect.

James Reid spent 17 years on Capitol Hill. He was former Chief of Staff to Sen. John D. (Jay) Rockefeller IV, Chairman of the Senate Commerce Committee and sponsor of the Middle Class Tax Relief and Job Creation Act of 2012 that created the First Responder Network Authority (FirstNet). Currently, Reid is a policy consultant and an advisor to “Keeping America Safe” (www.keepingamericasafe.net).