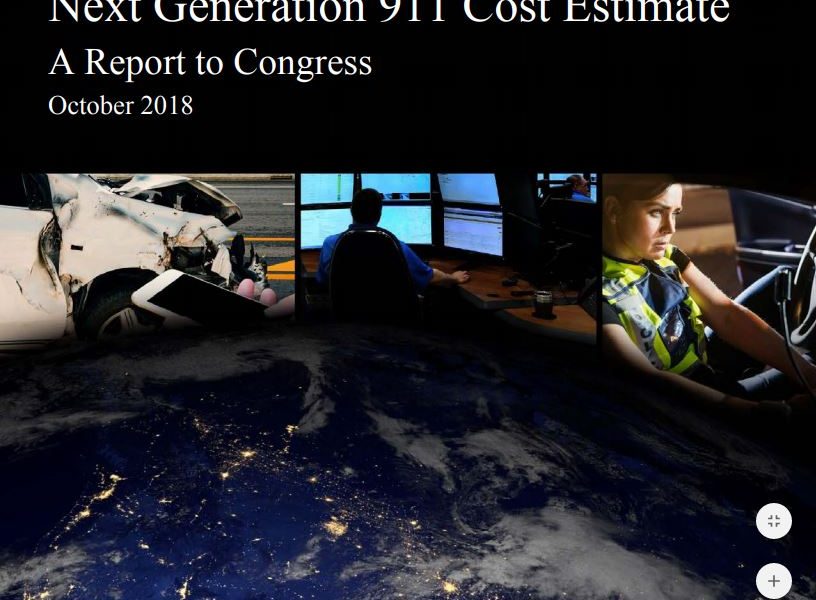 Upgrading U.S. public-safety answering points to IP-based next-generation 911 (NG911) technology will cost $9.5 billion to $12.7 billion during a 10-year period, according to a much-anticipated cost study released today by the National Highway Traffic Safety Administration (NHTSA) and the National Telecommunications and Information Administration (NTIA).

Requested by Congress, the cost study is expected to help guide federal lawmakers as they consider potential legislation that would help fund the transition from legacy 911 to NG911. Historically, 911 has been funded by state and local governments, although the federal government managing a $110 million grant program for 911 upgrades that was included in the legislation that created FirstNet in 2012.

“Upgrading public safety call centers throughout the country will help the public reach first responders during emergencies, and give responders better tools for critical life-saving missions,” David Redl, Commerce Assistant Secretary for Communications and Information and NTIA Administrator, said in a prepared statement.

“While some states are already making significant strides towards NG911, nationwide implementation will take a significant investment. With the delivery of this report to Congress, we look forward to the next steps in our 911 grant program to help jumpstart the nationwide NG911 transition.”

“Since NHTSA’s founding nearly 50 years ago, supporting local EMS systems has been an integral part of our mission to keep people safe on America’s roadways,” NHTSA Deputy Administrator Heidi King said in a prepared statement. “I am so proud that I’ve been able to be a part of supporting this miraculous, lifesaving system, starting with my days as a dispatcher to today at NHTSA, where our National 911 Program continues to support and strengthen the system in partnership with the state and local governments responsible for its operation.

“The 911 system is an achievement to celebrate for saving lives, making communities safer, and our nation stronger.”

According to the NG911 cost study, deploying next-generation technology in a “multistate” model—presumably within state groupings aligning with the 10 FEMA regions—would be the most economical approach, requiring a estimated 10-year funding total of $9.5 billion. By comparison, an individual-state implementation of NG911 is projected to cost $10.5 billion.

Meanwhile, a “service solution implementation”—in which states and territories purchase all core services and PSAP maintenance from an NG911 service provider—would be the most expensive approach, requiring an estimated $12.7 billion, according to the study.

A copy of the complete cost study is available here.