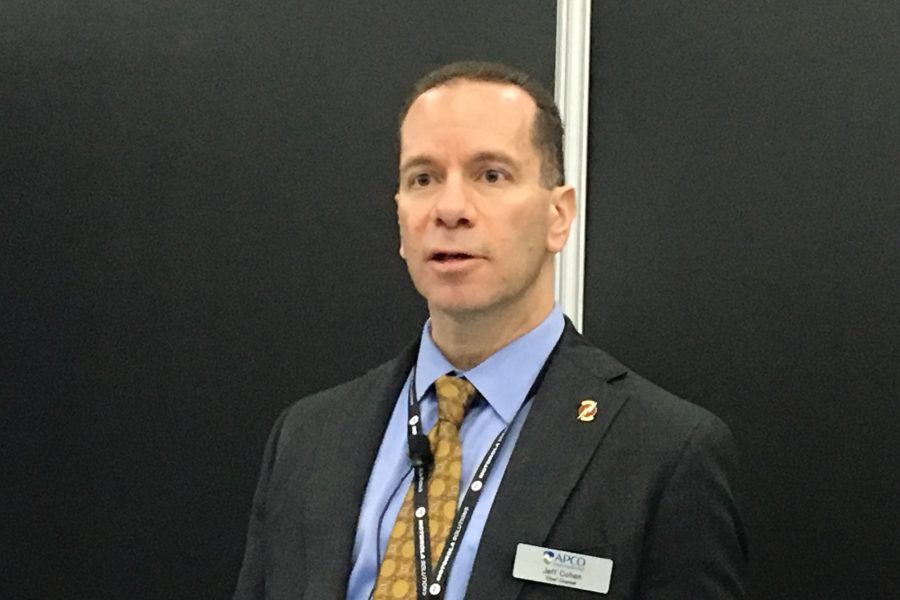 APCO encouraged by legislative progress of bill to reclassify 911 telecommunicators

Federal bills that would reclassify 911 telecommunicators in the federal government’s Protective Services category is gaining momentum on Capital Hill and has a multiple paths to becoming law, according to an official with the Association of Public-Safety Communications Officials (APCO).

Jeff Cohen, APCO’s chief counsel and director of government relations at APCO, said Standard Occupational Classification (SOC) managed by the Office of Management and Budget (OMB) currently categorizes 911 professionals in a clerical classification. Language in multiple legislative versions of the Supporting Accurate Views of Emergency Services (911 SAVES) Act of 2019 being proposed on Capitol Hill would reclassify 911 telecommunicators in the Protective Services category.

“The current version of the SOC categorizes public-safety telecommunicators in the group with secretaries, office clerks and taxi-cab dispatchers,” Cohen said last week during a presentation during the APCO 2019 event in Baltimore. “It’s been like that for decades.

Cohen noted that OMB reviews the SOC every 10 years but did not reclassify 911 telecommunicators during the most recent round of consideration, despite efforts from APCO and other entities to make the SOC change.

In an effort to rectify this situation, Rep. Norma Torres (D-Calif.) and Rep. Brian Fitzpatrick (R-Penn.) introduced a standalone 911 SAVES Act bill in the House that continues to gather support from both major political parties, according to Cohen.

In the Senate, a bill co-sponsored by Next Gen 911 Caucus leaders Amy Klobuchar (D-Minn.) and Richard Burr (R-N.C.) had 23 co-sponsors as of Aug. 7, Cohen said.

In addition to these standalone bills, the 911 SAVES Act language is included as an amendment to the National Defense Authorization Act (NDAA).

“Sometimes, when you’re trying to get a bill passed that you want—like the 911 SAVES Act—you look for another vehicle, another train that’s going down the track,” Cohen said. “If you manage to hop on top of it and ride it, you get through.”

“[911 SAVES Act language] is on the House version. The Senate had already passed the NDAA beforehand, so it doesn’t have this amendment or any of the other dozens of amendments. So, it’s going to require what the call reconciliation—the two bills are going to have to mesh.”

Cohen said that APCO is monitoring each of these efforts and advocating for 911 telecommunicators to be reclassified under the SOC—a move that would have no impact on the federal budget, Cohen said.

“This is a zero-cost fix; these bills will cost nothing to do,” Cohen said. “It basically just tells the Office of Management and Budget to fix their mistake.

“It’s endorsed by many—and not just in the 911 community. A number of companies and organizations have expressed support, including Verizon, the Teamsters, AT&T, iCERT and the Monitoring Association, which is an association of alarm systems.”

While the legislation is not expected to impact the budget on a federal level, many industry observers believe it indirectly could impact state and local governments with employees in the 911 system.

Despite the apparent momentum, there is a sense of urgency to pass legislation with the 911 SAVES Act language, because few significant laws have passed this Congress that is divided along partisan lines and campaigning for 2020 elections soon will be the focus of federal lawmakers, according to many Beltway sources. Cohen urged attendees at the APCO event to encourage friends and family to contact their federal lawmakers to support passage of the 911 Saves Act language.