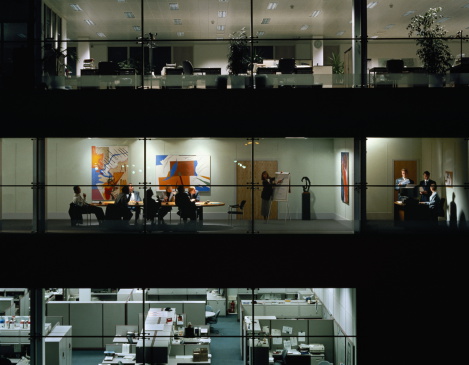 One of the biggest challenges for commercial building owners and managers is how to reduce energy consumption and save money.

Indeed, almost 40% of energy consumed in the U.S. powers commercial and residential buildings, according to the U.S. Energy Information Administration.

But enabling smart technologies and real-time energy management systems can reduce costs by an average of 15%, as well as increase the bottom line by creating an environment that reduces energy waste and encourages employee productivity, according to the New York State Energy Research and Development Authority (NYSERDA).

As such, federal as well as some state lawmakers have introduced legislation to reduce energy use. And this legislation, along with the rising interest in sustainability, is driving commercial building owners and managers to turn to the Internet of Things (IoT) to develop smarter buildings that consume less energy and cost less to operate.

“Legislation we’ve seen in many states has been a key driver,” said Matt Guernsey, associate director at Guidehouse, a consultancy based in Washington, D.C. “It’s not universal across the United States, but in many areas, legislation . . . will force big changes in how buildings operate. And therefore, that drives interest in some really innovative smart building solutions [as does sustainability].”

To some extent, Bluetooth can be credited as the foundation for modern-day IoT, said Chuck Sabin, senior director, market development for Bluetooth Special Interest Group (SIG) based in Kirkland, Wash. The Bluetooth SIG is a nonprofit standards organization that oversees the development of Bluetooth standards and the licensing of Bluetooth technologies and trademarks to manufacturers.

“Especially . . .  where you’re connecting hundreds and even thousands of devices or lighting systems together with controllers and you’re able to control and manage those things wirelessly,” Sabin said.

That ultimately offers flexibility for lighting and energy efficiency because building managers can fine-tune what they’re delivering, he said.

Although the smart technologies marketplace is still nascent, several platforms under development enable IoT in buildings to improve energy management, allow interoperability between devices and systems as well as maximize the use of renewable energy, Guernsey said.