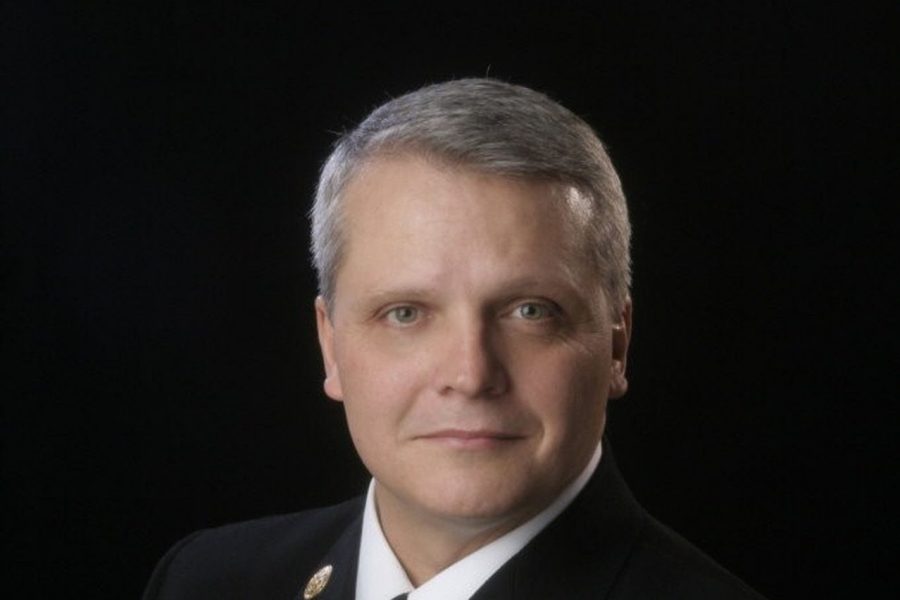 Public-safety users are benefiting from the data-oriented capabilities enabled by LTE on trusted networks today and also will transition voice communications to the broadband platform, although the timetable for this change remains unclear, according to experts discussing the topic this week.

“We always end up in this conversation about when—or will, even—will LTE replace LMR, and can it, but we may want to reverse that conversation,” Johnson said during IWCE’s In-Building Forum virtual conference, which was conducted in partnership with the Safer Buildings Coalition. “It’s already replaced some components. I don’t know of anybody buying LMR-based data systems anymore, because the thirst for our applications, our data needs, are so much that you can’t possibly make that work in a rational fashion.

“So, we’re already making a move, and … I agree today these things need to coexist. Frankly, as a fire chief, I’m not leaving behind my LMR system until you prove to me that an LTE-based system is every bit as good or better. But right now, they’re coexisting, because I need them both.”

But that could change in the future, depending on the development of push-to-talk voice offerings in the LTE realm, particularly those operated on public-safety-centric networks like the FirstNet system being built by AT&T, Johnson said.

“I think the more appropriate question is, ‘What engineering feature of LMR cannot be replaced by LTE?’ Johnson said. “Let’s face it. They both use backhaul. They both use towers. They both use radios at the bottom of the towers. They use RF to move [signals] to handsets. You have a battery-operated handset device that is engineered and designed around feature-set and technical requirements, and then it moves to … some form of a controller or NOC [network operations center].

“That’s true on both LMR and LTE. So, what’s irreplaceable? When you look at it that way, it’s feature sets and how it performs. So, will it [LTE replace LMR]? Well, it will replace it, if you solve the operational requirements, and it performs at least as good or better than LMR on push to talk, and it’s already outperforming it in the other areas.”

Chris Brown, regional director of the FirstNet Mission Critical Solutions team at AT&T, repeatedly noted that FirstNet currently is used to augment and complement LMR mission-critical voice communications today as the system works to earn the trust of first responders.

“We’re striving to get there,” Brown said during the panel discussion. “We’re building mission-critical [services], based on 3GPP-standard devices, with the help of our partners at Samsung, to deliver those solutions that the chief so eloquently put together.

“We’re taking our time. We’re not forcing the issue … Adoption is everything. If you don’t have a user group that’s willing to adopt the technology, you’ve already lost the battle. So, we need to gain their trust. We’re making strides and taking the lead from our partners at the FirstNet Authority to provide those mission-critical solutions, and potentially one day, maybe it is one device.”

Bob Escalle, head of products for the Mobile B2B of Samsung Electronics America, said one advantage that LTE push-to-talk services typically can provide to first responders is better audio quality that leverages much larger swaths of spectrum than is available in narrowband LMR.

“[With LTE,] you get to take advantage of a wideband codec, which provides better voice quality than the narrowband codec [used in LMR],” Escalle said. “The narrowband codec on a P25 handheld uses a codec that was designed and approved years ago by a company called DVSI … It’s very much a narrowband design to be very efficient around narrowband.

“But you do lose some of the voice qualities—the inflection you hear around somebody’s voice—and you don’t have that on a broadband codec. You really get that rich voice coming out. So, it really is a voice-centric device, and it takes advantage—of course—of the broadband network.”

Of course, one oft-noted shortcomings of LTE technology in comparison to LMR is the fact that there is LTE direct-mode technology—one that does not require access to network infrastructure—available in the U.S. market today, although Samsung’s XCover Field Pro device has a chipset that supports ProSe communications.

Some LTE proponents contend that “bring the network with you” solutions—particularly those that can be carried in backpacks and Pelican cases—could minimize the amount of time that first responders would need direct-mode functionality.

This contention could be strengthened for FirstNet users with the availability of high-power user equipment (HPUE) that is designed to effectively double the range of a cell site by increasing the power output of an LTE device operating on Band 14 to 1.25 watts, compared to the 0.20 watts used in normal LTE operations.

“Right now, we know it’s in a mobile-class router device—more of an in-vehicle-type device—but we know that there are a lot of UE companies that are working on it,” Escalle said. “Eventually, I think you’ll see a high-power UE version in a handheld device at some point in time. I think there are benefits around that.

“The advantages of a high-power UE are there—they’re proven, they’ve been tested, both in the lab and in the field. They’ve been launched now officially, and they work quite well.”

Johnson said that LTE push-to-talk services will have to demonstrate a very high performance level before public-safety officials will consider switching off LMR systems that offer some trusted characteristics.

“What the current land-mobile-radio companies have done right is durability,” Johnson said. “Those things have been bulletproof, indestructible, and frankly, they’re user friendly. Not only that, their batteries are designed to be replaced and/or to last a full duty cycle.

“I also think they’ve done a great job with security—encryption has been a great feature. And for the fact that they are excellent for in-building penetration and for long-range operation, both from the mobile and the handset. So these high-power units have served us well for a long time, even though it is push to talk and let up to listen, and public safety has evolved beyond that.

“I don’t care if it’s a radio or your truck, if it’s been reliable and it’s been getting the job done, people are a little reluctant to change technology.”

“I would never walk into the chief’s office and try to take his radio out of his hand; he would probably remove both of my arms and beat me over the head with both of them,” Brown said. “At least for today, we’d like to be able to augment, complement and expand use, coverage and capability.

“I would never try to take that LMR radio out of public safety’s hands. But one day, who knows?”

Public safety increasingly is becoming reliant on data-oriented applications that let users share information only in a broadband environment, including video and services that project the spread of a wildfire, among others. Johnson said that the use of LTE devices to access this type of information regularly could lead to a natural transition within voice communications, as well.

“When you start [using broadband applications], you make having a smartphone for a first responder indispensable,” Johnson said. “Once it’s indispensable, if you have push-to-talk capability and the coverage and in-building penetration is reliable, then you’re going to have a lieutenant say someday to a battalion chief, ‘How come I have this thing [LMR portable radio] when all I have used is my smartphone with push to talk?’

“So, it’ll happen when crews demand it and when it performs [push-to-talk voice] to a level better than what they have.”