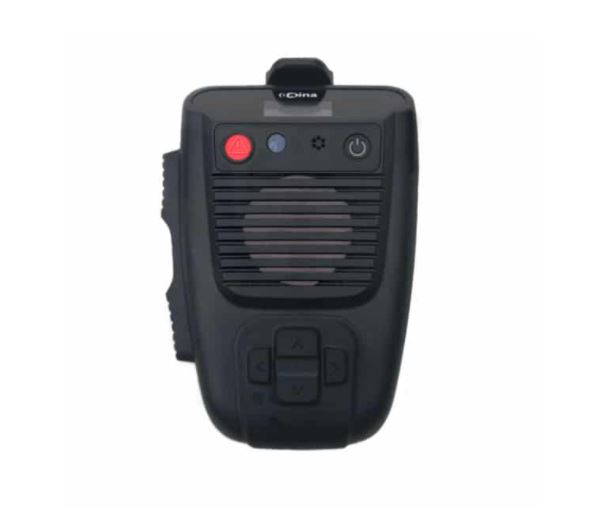 Aina founder and CEO Maximilian LeRoux said the interest level in the company’s speaker microphones has increased significantly in recent months as awareness has grown that all versions of the Kepler portfolio support direct-mode operations (DMO), so users in close proximity can communicate when a network is not available. The LTE standard includes a direct-mode capability called proximity services (ProSe), but it has not gained market traction, causing vendors and users to seek alternative solutions.

Aina’s direct-mode capability is “built on Bluetooth with a proprietary protocol,” and the current version delivers a range of “more than a mile” in an open-air environment, such as the type firefighters encounter when responding to wildfires, LeRoux said. The current version of Kepler’s DMO operates on 2.4 GHz spectrum, which offers pros and cons, he said.

“What we were thinking was, ‘In case there is a lot of Wi-Fi disturbance, then you shouldn’t have the need to use DMO. You only need it when [the Wi-Fi network] is gone. So, it’s kind of a problem that’s not really a problem.”

One disadvantage of using 2.4 GHz airwaves is that that they do not propagate RF signals as well as lower bands, such as the sub-1 GHz spectrum that is used for most LMR operations. Several public-safety advocates have noted that FirstNet and other public-safety LTE systems could benefit from having low-band spectrum that is dedicated to supporting direct-mode communications.

Aina’s Kepler products operate on 2.4 GHz today, but the company could develop solutions that leverage more propagation friendly airwaves, if desired by a vendor or network operator, according to LeRoux.

“We can adapt this,” he said. “If someone comes to me tomorrow and says, ‘I want you to do this project for me. I need a DMO in this bandwidth. Here’s your license, and go do it,’ then we can do it.”

When asked about the inevitable comparisons to LMR direct-mode capabilities—often referenced as “simplex” or “talkaround” modes—LeRoux acknowledged that users would get better performance from an LMR radio than one of the current Aina Kepler devices that leverages 2.4 GHz spectrum.

“It’s probably not as good as a radio at DMO, but you probably couldn’t have such a big, powerful [LMR] battery in a small form factor, like in our radio,” he said.

But Aina’s DMO capability does perform well enough that the Kepler portfolio is attracting attention from numerous vendors and network operators that are contemplating ways to integrate the remote speaker microphone’s capabilities into their solutions, LeRoux said.

“Someone at one of these large LMR makers was saying that they were looking at our DMO, because he says that they want a cheap DMO,” LeRoux said. “He says, ‘there is DMO—you can buy a radio, it costs you a few thousand bucks, and then you have DMO. But now I want it in some other environment as a last resort, if the public-safety official uses LTE or whatever.’

Aina personnel worked for four years developing the Kepler portfolio—named after the famous German astronomer Johannes Kepler—in an effort to have the remote speakers mics operate as simply and reliably as a two-way radio, LeRoux said.

“We want to build out that DMO even more, so that we check off all of the things [people say when they ask,] ‘When is a radio better than a push-to-talk app?’” LeRoux said. “I would say, ‘Well, the radio always works. It’s easy—you just turn it on, and there are no instructions.’

“That’s really hard to achieve with an app—there is always a setting. For the longest time, people would say, ‘There’s an app for that,’ until we realized that people actually don’t want an app. They want the radio.

“Then we said, ‘Instead of fighting against windmills, we’ll just call it Radio 2.0’—it’s the same thing, just a little better. We don’t take away your radios, we just connect them to the Internet.”

Ken Rehbehn, Omdia’s senior principal analyst for public safety and critical communications—and a longtime volunteer firefighter—has expressed concern about the future prospects for LTE ProSe technology, but he is encouraged by the fact that a company like Aina has developed an alternative direct-mode approach.

“It’s important that the mission-critical ecosystem identify effective alternatives to LTE ProSe to solve the problem of support for talkaround,” Rehbehn said during an interview with IWCE’s Urgent Communications. “Solutions like the Aina approach provide one example of a way forward.

“But it’s important for the ecosystem to agree on a harmonized approach, so that we don’t recreate our radio-interoperability problems that have plagued us in the past.”

Aina offers two Kepler devices, both of which include the DMO capability and the company’s two dedicated push-to-talk buttons. One Kepler product includes a SIM card and operates directly on an LTE network, while the other is a speaker microphone that controls the user’s LTE device via Bluetooth or Wi-Fi connectivity.

“In both variants, in case the network fails or is not available for whatever reason, you can use the DMO that provides direct device-to-device communication,” LeRoux said, adding that the Kepler products also support daisy-chain communications.

“Right now, we can do one hop, and the idea is to bring it to a three-hop mesh and a bridge to the LTE network. That way, you can build a chain and the last person who happens to be in the network can call back to the command-and-control center or something, so the people who are not on site know what’s going on.”

Aina has come a long way during the past decade, as the company struggled for years to get adequate financing to develop a product that even the designers were not entirely sure how it would be used, according to LeRoux.

“The first idea of building this PTT Voice Responder was to make remote control for your app,” he said. “So, you can leave your phone in your pocket, and we purposely put a lot of buttons on it, so you don’t have to use the phone.

“Many people were asking then, ‘What are all of these buttons for?’ and we said, ‘We don’t know yet, but we have a feeling that maybe someone will need them one day, and then we can’t just add a button to the hardware later.’ You go through the development process, approvals and so on, and then it’s done—you can’t change it.”

Over time, Aina personnel recognized that having one button that initiated on-network push-to-talk communications and another that would support DMO—two functions that can be utilized at the same time—would be valuable to the market.

“One thing led to another, and we said, ‘Well, what if there is no network?’” LeRoux said. “Then we came up with DMO, and suddenly we’re doing all kinds of things. People are reaching out—really large players—asking especially for the DMO. We’re talking about vendors with big police departments and governments, so we’re doing something right, and we’ll try to do it even better.”