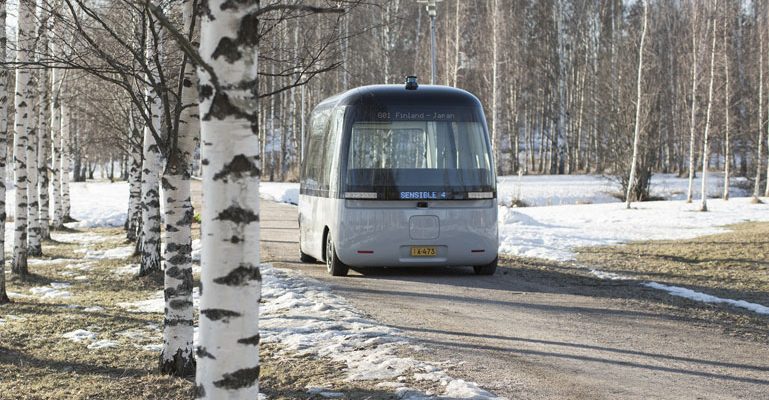 A trial of robot bus fleets run simultaneously in several European cities is being hailed as a success despite some areas of concern.

The trial, orchestrated within the European Union funded ‘Fabulous’ project, saw three different robot bus solutions tested in Finland, Norway, Estonia, Greece and the Netherlands. Based on the results, proof-of-concepts for the management of autonomous fleets as part of the regular public transportation system have now been delivered, project organizers claim.

That said, it acknowledged some serious challenges to the technology remain. In the project, the target for the technology advancement was set beyond the current state of the art technology. Yet, it became clear that some of the most challenging technical requirements could not be met in mixed-traffic conditions, such as fully autonomous overtaking maneuvers.

The speeds of the pilot vehicles reached 30kmh (19mph) with passengers on board and with steep hills, as in Gjesdal, and in Helsinki’s busy urban environment. The organizers insist the capability to manage a fleet of autonomous vehicles in busy urban mixed traffic conditions was proven, as were the operations of a Remote Control Center at all pilot sites, monitoring the fleets. Improvements in localization technology of the robot buses allowed operations on routes that previously required additional landmarks or were considered completely unfeasible. Furthermore, the retrofitting of autonomous driving software in various ‘regular’ vehicles was validated and improved.