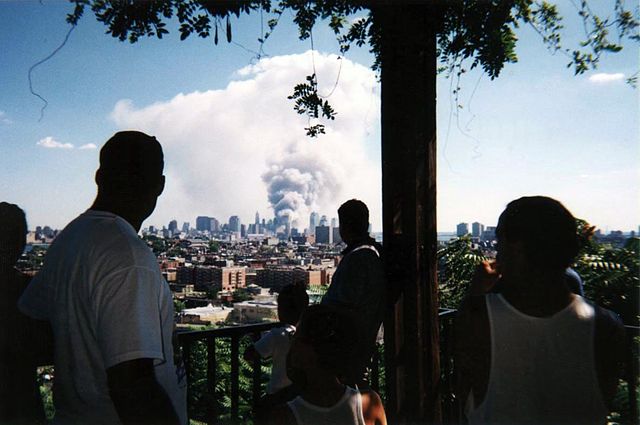 Remembering 9/11: The impact, then and now

Sometimes, an event marks history with such ferocity that innumerable mundane occurrences taking place simultaneously are indelibly stamped in the memory of every person living at the time—each unique to the individual. These instances define a generation and change a nation’s trajectory in the broader scheme of human civilization: Pearl Harbor; the moon landing; the Sept. 11, 2001 attacks.

Two decades on from that infamous day, when four commercial flights were hijacked by terrorists and nearly 3,000 people perished in New York City, Washington, D.C., and Shanksville, Penn., Americans are still haunted by the images of dust-covered victims stumbling from the wreckage—they’re still asking the same question: “Where were you at 8:46 a.m., when the first plane hit?”

As the nation marks the 20th anniversary of the Sept. 11 attacks on Saturday, it’s hard to remember what pre-9/11 life was like—so much has changed. Before, tardy airline passengers could run directly to their boarding gates and breaking news was primarily disseminated via television shows, radio broadcasts or print newspapers. These days, social media platforms link viewers with events as they happen in real-time, and travelers must undergo a rigorous screening protocol before entering airport terminals.

These changes have been especially felt by local first responders, public officials, inspectors and government security agencies, all of which have fundamentally changed the way they operate.

Trillions of public dollars have been expended on public safety measures in the process.

“Questions such as ‘how did this happen?’ and ‘what is next?’ hung in the air of the entire country,” recalled Clarence E. Anthony, director of the National League of Cities (NLC) who was serving as mayor of South Bay, Fla., at the time. “Closer to home, the questions also included ‘will it happen again?’ and ‘could it happen here?’”

In the aftermath, analysts identified missteps in the nation’s response that could have been prevented with more preparation. When the planes struck, communication networks were suddenly overwhelmed and couldn’t handle the load. There wasn’t a robust incident management structure in place at the time, so coordination between jurisdictions and departments was limited at best. At Ground Zero, for example, firefighters weren’t aware the Twin Towers were in imminent danger of collapse until it was too late.

In response, the National Incident Management System (NIMS), a standardized structure for communication and command during an emergency, was developed by the United States Department of Homeland Security, which was itself created because of 9/11.