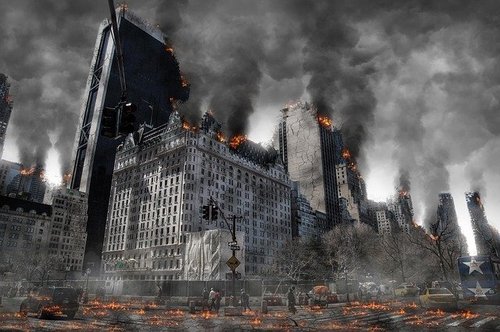 Hollywood is fond of recycling the apocalypse in all its flavors. In almost 90 years of filmmaking, Earth has been torched, flooded, battered by asteroids, attacked by aliens, ravaged by disease, decimated by conflict, hit by solar flares, overrun by AI and zombified (the most implausible apocalypse but a firm Hollywood favorite).

It is still missing Outage, a buttock-clenching tale of the chaos that unfolds when an all-powerful corporation accidentally brings down the Internet. But real life has already advanced the narrative. On December 7, Amazon blamed “network device issues” for one of the worst Internet blackouts ever.

Dozens of firms that rely on the AWS public cloud were affected, from Disney to Tinder. Between 9.37 AM and 4.35 PM Pacific Standard Time, games stopped working, TV screens went dark, online sales ground to a halt and Internet-enabled household appliances refused to cooperate. The only thing Hollywood needed that was missing were the subsequent scenes of looting and violence, of desperate netizens fighting on the streets for survival.

What appeared to be a seven-hour glitch – roughly the same duration as Facebook’s a few weeks ago – was never going to end civilization. But it was the rudest reminder yet of the planet’s dependency on technologies that hardly anyone understands, controlled by a small number of trillion-dollar firms.

A smaller company might have seen investors look for sanctuary elsewhere. Not Amazon, whose share price even gained 3% on outage day. Frankly, there are few other places to go. Synergy Research reckons AWS controlled about one third of the global market for cloud infrastructure services in the recent third quarter. With shares of 20% and 10% respectively, Microsoft Azure and Google Cloud make up the trio that serves 63% of all business. A major outage at any of those companies could be economically devastating.

For an indication of just how fast the world’s transition to the cloud has occurred, refer to Amazon’s results. Back in 2013, when Barack Obama sat in the White House, the AWS unit was an interesting growth story generating about $3.1 billion in annual sales. Last year, it made nearly $45.4 billion.

Anyone that has plunged into the public cloud should be worried not just about market dominance but also the difficulty of switching providers. No one has spelt this out more clearly than Snap, the company behind the Snapchat messaging service and a tenant of both AWS and Google.