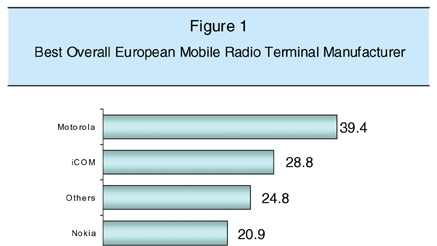 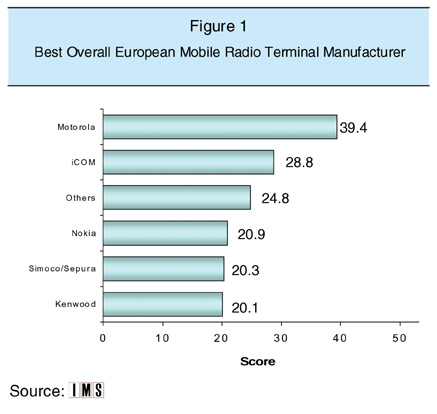 With a score of 39.4, Motorola established a significant advantage over other manufacturers in areas such as “high product quality” and “ability to supply on time.” Icom came in second place with a score of 28.8, while larger European manufacturers, Nokia and Kenwood, came in fourth and sixth with scores of 20.9 and 20.1, respectively.

A “detailed” questionnaire was sent to users involved in the purchase of mobile radio products, according to IMS. Users gave their opinions on manufacturer performance against various criteria ranging from “competitive price” to “good customer service.” Respondents also identified the importance the attributed to these factors when making decisions on the purchase of mobile radio products.

IMS is a specialist supplier of market research on global electronics markets.