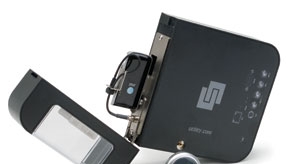 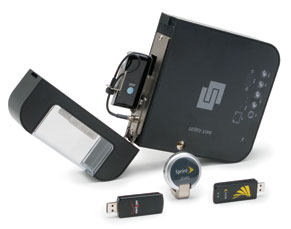 Marietta first responders and law-enforcement officers protect about 62,000 residents spread across 22.78 square miles. Prior to installing the gateway inside 45 police and 21 fire vehicles, responders relied on laptops and 19.2K data modems to transmit information over the county’s radio network, Barrett said. Mostly, it was used by police to run suspects against the state database, and then officers would receive information via a text message. However, officers were not able to send and receive photos. In addition, fire commanders were not able to track resources via mapping software.

“The system was meeting basic needs,” he said. “But they couldn’t do anything that required high bandwidth, such as accessing the city’s intranet that holds records management applications or sending or receiving visual images or videos.”

The city already had set aside funding to upgrade in-vehicle laptops, so they asked vendors to bid for their business and later chose the mobile gateway. The gateway is an in-vehicle wireless router using an off-the-shelf cellular data card to support and improve the wireless transmission of data needed by the laptops, said Robert McKeeman, Utility’s CEO. McKeeman said the system turns each vehicle into a rolling Wi-Fi hotspot, and also offers a feature that tracks and transmits vehicle diagnostics.

“It can be plugged into a vehicle’s diagnostics port so organizations can get real-time information from the engine computer,” he said.

“The gateway improved communication and saved staff time,” Barrett said. “We also were limited by the technology in place before. Now we have the ability to think about how we can send more data to the mobiles. The next phase is really to improve GIS output to the field.”

The city also installed the gateway in its water utility vehicles, which service 18,000 water meters. Barrett said workers are able to access work orders from the office in real-time, as well as update the status of service calls from their vehicles.

The system starts at $995, McKeeman said.