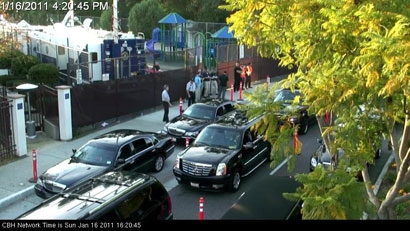 The Beverly Hills Police Department (BHPD) used a mobile video surveillance system during the 68th Annual Golden Globe Awards to stream video from the event back to the police station using Utility’s Rocket mobile communications gateway — a wireless device that switches between Wi-Fi and cellular networks.

Prior to the event, the BHPD equipped its mobile command center with a Rocket gateway in order to support real-time communications that would help them secure the award show’s perimeter, said Adam Chelonis, BHPD senior support specialist.

The department deployed four local 360-degree IP cameras and two fixed optical zoom cameras. Some cameras already were installed on light poles along the streets where limousines carrying celebrities traveled, while others were attached to the mobile communications center’s 45-foot pole, Chelonis said.

Captured videos were recorded locally on a laptop and time stamped with the help of a DVR software. Chelonis said the Rocket device lets him link the local laptop’s IP address with the master server at command and control, so wireless cameras can be viewed on mapping software as part of the local area network.

“When someone logs into the main system at command and control, they can see my cameras as if they are part of the network’s cameras,” Chelonis said.

Chelonis said wireless alone transmits video at eight frames per second, while fixed cameras on the city’s fiber network support 30 frames per second. All video captured may be used for evidence because it is recorded locally at full resolution and frame rate, he said.

“We record locally or stream locally so we can see them at full resolution in the mobile command center,” he said.

Video streaming is supported by the Rocket device and an AT&T cellular air card. Chelonis said the air card limits data transmission, so they reduce video frame resolution in order to transmit it. However, when the command center gets close to one of the city’s many Wi-Fi hotspots, the gateway switches to Wi-Fi. 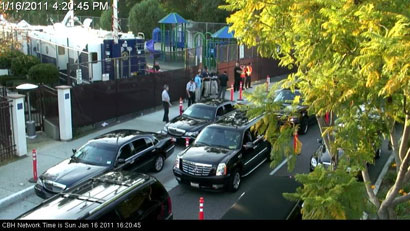 “When I get close enough, it switches to Wi-Fi, so it can pick up and then transfer at a much higher frame rate and a much higher resolution,” he said.

Chelonis added that they also had backup ways of communications in case the cellular network failed.

“You have to have a backup plan when it fails, and it did at one point, where we couldn’t use the AT&T network anymore,” he said. “We had to transfer to a Wi-Fi network or had to switch to a different carrier who could hold the signal.”

For more information on wireless surveillance, attend these sessions at IWCE in Las Vegas, March 7-11, 2011.