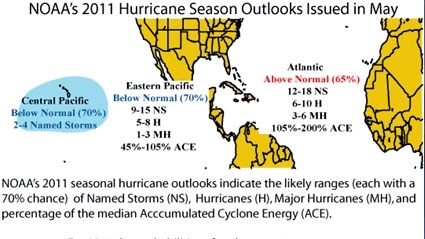 Specifically, Mead said the company has a nationwide fleet of mobile cell sites, including cells on wheels (COWs), cells on light trucks (COLTs) or generators on a trailer (GOATs) where communications are needed or cell sites require independent electrical power to continue operating.

To mark the beginning of hurricane season, Verizon’s Chief Executive Officer Dan Mead recently met at the White House with federal, state and community leaders to testify on the company’s emergency preparedness in the event of a major storm or emergency, according to an official release. NOAA’s 2011 Atlantic Hurricane Season Outlook calls for a 65% chance of an above-normal hurricane season, estimating a 70% probability for 12 to 18 named storms, six to 10 hurricanes, and three to six major hurricanes.

“The wireless industry is a strong and important partner with the Federal Emergency Management Agency and others in responding to hurricanes and other disasters,” Mead said in a press conference. “Our own first responders live and work in these towns and cities and have the skills and resources that can help a stricken community. We are eager to contribute to recovery efforts when the need arises.”

Mead’s comments followed a meeting at the White House held by President Barack Obama that included Mead, Secretary of Homeland Security Janet Napolitano, FEMA Administrator Craig Fugate, American Red Cross CEO Gail McGovern, NOAA Administrator Jane Lubchenco, National Hurricane Center Director Bill Reid and North Carolina Gov. Bev Purdue. In the meeting, Mead said Verizon Wireless prepares year-round for natural disasters and other emergencies and invests an average of $6.5 billion annually into the maintenance and development of its nationwide wireless network. In addition, the company continues to stand ready “to deploy mobile cell sites on wheels to provide greater calling capacity when it is needed — as demonstrated most recently in crises throughout the South and Midwest this year,” he said.

Specifically, Mead said the company has a nationwide fleet of mobile cell sites, including cells on wheels (COWs), cells on light trucks (COLTs) or generators on a trailer (GOATs) where communications are needed or cell sites require independent electrical power to continue operating.

The company also has a plan for pre-arranged fuel delivery to mobile units and generators to keep the network operating at full strength even if power is lost for an extended period of time, in addition to business continuity/disaster recovery plans, Mead testified. 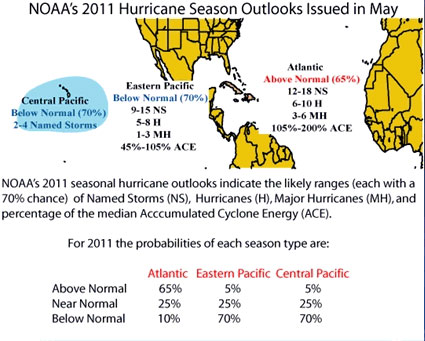