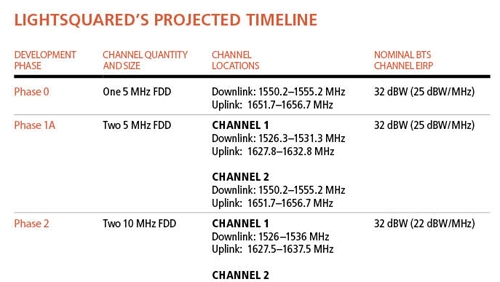 The final report that LightSquared and the U.S. Global Positioning System Industry Council (USGIC) will deliver today to the FCC will reveal that LightSquared’s proposed terrestrial LTE network in the L-band will cause interference with GPS receivers, says a report today in the Wall Street Journal.

That is no surprise given the fact that a number of government agencies already have said that interference exists. LightSquared itself has acknowledged that interference would be likely, but steadfastly has maintained that it is committed to finding a solution and — more importantly — that one can be found.

Speaking at an event sponsored by the National Space-Based PNT Advisory Board, Trimble Vice President and General Counsel Jim Kirkland recently called on the FCC to focus its efforts on moving LightSquared to new spectrum. “It’s time for the FCC to stop squandering resources trying to find a solution to an unfixable problem. Instead, it should focus its efforts on finding spectrum that LightSquared can operate in — where LightSquared won’t interfere with GPS,” Kirkland said.

In January, the FCC granted LightSquared a waiver that would allow it to provide terrestrial-only service in its L-band spectrum, which previously was allocated for hybrid satellite/terrestrial use. The spectrum sits adjacent to frequencies used by GPS receivers.

LightSquared has maintained that it is committed to finding a solution that will work for both the company and GPS users. Two possible solutions would be for LightSquared to utilize filters in order to cut down on radiation leakage and/or to reduce base station power output. But the company more likely will be required to use just the lower portion of its spectrum — up to 1545 MHz — for terrestrial base stations, in order to ensure that no interference with GPS operations occurs.

While the move would have a significant impact on the capacity of the network, the wait for an interference fix that satisfies all parties could take years. And LightSquared needed to launch that network yesterday. 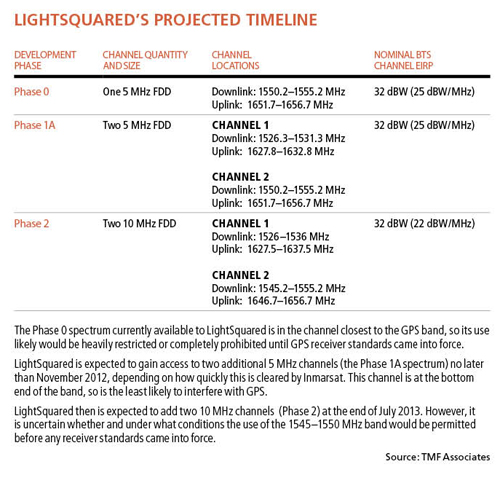