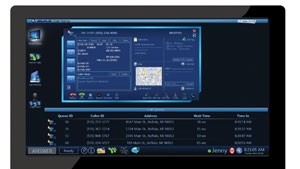 Max Call-Taking — architected to conform to NENA’s i3 standards, which provide the technical framework for implementing next-generation 911 systems is designed for PSAPs and utilities that maintain large call centers.

MINNEAPOLIS — Zetron introduced yesterday at the National Emergency Number Association (NENA) conference its Max Call-Taking platform, which is a companion product to the IP-based Max Dispatch solution that was unveiled in March.

Max Call-Taking — architected to conform to NENA’s i3 standards, which provide the technical framework for implementing next-generation 911 systems — is designed for public-safety answering points (PSAPs) and utilities that maintain large call centers. It is similar to Max Dispatch in that it is designed to make call-takers’ jobs simpler and easier. One of the key features of the Max Dispatch system is a streamlined user interface that reduces the clutter that appears on a dispatcher’s screen at any given time. Only the most pertinent information related to a specific incident, job function or task appears on the screen; additional information is sent to the background, but it is accessible at the click of a mouse.

“You can hover over an icon and get a full directory of who you want to call and how to handle that call, but it’s not always present, which would be clutter,” Lafayette said. Examples of information that resides in the background include speed-dial numbers, lists of available resources and standard operating procedures for different types of calls.

Historical information also resides in the background but can be accessed quickly and easily. 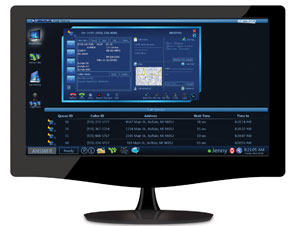 “If a particular caller has a history with that PSAP, you’ll get a record of all of the calls that person made for the past six months to six years, depending on the size of the PSAP and how you want to configure the system,” Lafayette said. “Again, the information you need will be readily available, but not present until you need it.”

Such capability can be vital in terms of quickly dispatching necessary personnel and equipment. For example, if someone makes a 911 call from a number that has a history of domestic-abuse complaints associated with it but quickly hangs up, the call-taker would be able to quickly pull up that historical information and might alert the dispatcher. The dispatcher, in turn, might err on the side of caution and decide to send a patrol car to the location in the belief that the caller might have hung up because they were in danger.

Also important is the architecture’s patent-pending, automatic call recovery feature, Lafayette said. “Typically, if a SIP phone connection is broken, say for two seconds, the protocol shuts the call down and starts all over again,” he said. “But our architecture can hold a SIP call for 20 to 30 seconds. This is important because of the anomalies that can occur in networks that handle a lot of calls, and especially in fragile networks.”

Low power consumption is another important feature, according to Ellen O’Hara, Zetron’s president and CEO. While competing servers draw 600 to 1,000 W of power, those utilized by the Max Call-Taking system draw only 30 W, she said. Less power consumption equates to less heat generated, which reduces the likelihood of a failure occurring. Also, because less heat is generated, fans aren’t needed to cool the servers; so more power is conserved.

“We thought of painting the box in which the components reside green,” O’Hara joked.

There are two reasons why the power consumption is so low, Lafayette said. First, the system uses solid-state drives as opposed to moving drives, which improves reliability while reducing power consumption. Also, the system architecture uses multiple servers, each of which has a specific role. As a result, the amount of traffic that goes through each server is relatively small. Computer processing also is distributed.

Another big plus is that the Max Call-Taking architecture is scalable, according to O’Hara.

“It would have been very difficult for us to do a statewide system with our earlier architectures,” she said. “But, with this architectural configuration, we can easily and effectively do that. We can scale from very small to very large.”

That’s possible because where the company’s previous architectures were based on the CAMA [Centralized Automatic Message Accounting] trunk model, the new architecture is end-to-end IP.

“We used analog cards that processed the CAMA information almost on a one-to-one basis,” Lafayette said. “So, if you had more lines coming in, you needed more cards. Of course, that’s eliminated with an IP type of solution, where you essentially have one connection that’s capable of handling 24 lines, or a gateway that has 24 ports and takes up a fraction of the space of an analog solution.”

O’Hara stressed that the new architecture is new and not just a rework of the old architectures.

“We pretty much started with a clean sheet of paper to deliver what our customers are looking for, and what the industry is looking for, in the most efficient way,” O’Hara said. “So, we didn’t try to do a whole lot of reuse of component parts or software designs — we started from scratch.”