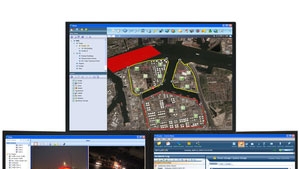 With Situator, a 911 center can use video surveillance, gunshot location, GIS and chemical spill sensors and more through a single interface, giving a dispatcher a complete picture of the event.

MINNEAPOLIS — Nice Systems showcased a new version of its Situator situation-management solution for the public-safety sector during the National Emergency Number Association conference this week.

Situator has been used by airports, seaports and public utilities for about two years, but a new interface was designed to meet public safety’s specific needs, said Dan Robinson, the company’s sales director for public safety. 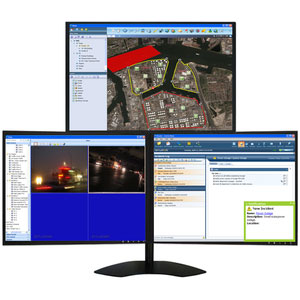 “Most other security centers are more interested in access control and flow within the organization or within their environment, and not so much externally,” Robinson said. “In a 911 center, almost 99% of their activity is external and funneled through their CAD [computer-aided dispatch] system. … We had to figure out how we were going to fit in with these various CAD [systems].”

Situator’s primary value proposition is that it breaks down silos, according to Diamond Chaflawee, Nice’s senior marketing director for public safety. Public-safety agencies operate a plethora of systems — video surveillance, gunshot location, GIS and chemical spill sensors, for example — that in aggregate provide situational awareness, but they typically operate independently, Chaflawee said. With Situator, a 911 center can use all of those systems through a single interface, giving a dispatcher a complete picture of the event, without having to piece it together by manually accessing each individual system.

“The dispatcher has full awareness of what’s going on,” Chaflawee said.

They also know exactly what to do, which is the second piece of the puzzle, Chaflawee said.

“Situator provides guidance based on the information that is available and the development of the event,” he said. “That guidance is based on predefined response plans.”

For example, let’s say an agency has deployed a gunshot detection system. Should that system indicated that a gunshot has occurred, Situator automatically would have video from cameras near the incident pop up on a dispatcher’s display; then, it would instruct the dispatcher to send the closest units based on their GIS locations, while simultaneously sending the video to the officers’ mobile devices.

“Situator puts all of the resources in front of them, instead of them having to sit there and think, ‘OK, we do have cameras, I have to call somebody, or walk over and take a look at them, or I have to pull them up,’” Robinson said, “They automatically will be displayed for them and, not only that, will be displayed at the proper locations.”

When integrated with a mass-notification system, the platform will transmit emergency alerts automatically when necessary, based on predefined parameters established by the municipality or public-safety agency.

In other news, Nice announced the release of version 4 of its Inform platform, which lets municipal and public-safety agencies access multimedia content — video, voice and GIS, for example — from various remote shared systems for post-incident investigations. The shared content can be combined with multimedia content captured locally to create comprehensive incident reconstructions, the company said.

Another new feature is that the platform integrates with ESRI’s ArcGIS mapping software. This enhances incident reconstruction by establishing a geographic context for voice recordings. For example, investigators can listen to 911 recordings while viewing callers’ locations on a map.