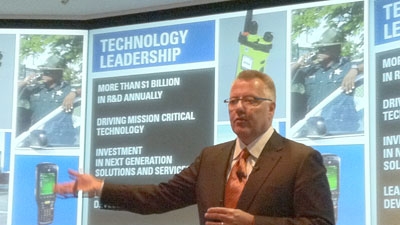 Motorola CEO: Business is good, even in a down economy

Even in a lackluster economy, the company has continued to invest more than $1 billion annually in research and development in an effort to create product and solutions for next-generation technologies. 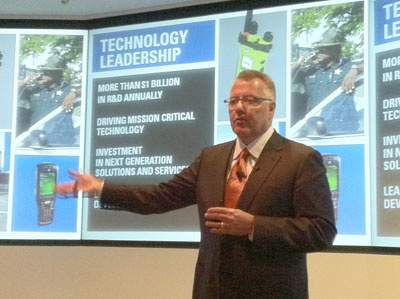 Despite global macroeconomic issues, Motorola Solutions’ focus on mission-critical and business-critical communications has resulted in the company business “thriving” in a challenging environment, CEO Greg Brown said yesterday during a media session conducted at the company’s headquarters.

Many businesses have suffered during recent years, as the economic downturn has removed considerable discretionary spending opportunities in the market. However, the mission-critical and business-critical nature of Motorola’s solutions have resulted in potential customers continuing to invest in the company’s systems and making budget cuts elsewhere.

“The reality is that, given the criticality of what we do in terms of mission-critical solutions for public-safety and government customers, as well as enterprise users, I think we’re in the right spot at the right time,” Brown said during the media event. “Customers … prioritize mission-critical communications.”

Even in a lackluster economy, Motorola has continued to invest more than $1 billion annually in research and development in an effort to create product and solutions for next-generation technologies.

The company is the global market leader in most of the business sectors in which it participates, including public safety, commercial two-way radio, advanced data capture and bar-code scanning and enterprise mobile computing, Brown said, Given this, Brown said he does not perceive a specific need for the company to seek a deal at this time, although Motorola Solutions always is open to acquisition ideas that make business sense.

“I don’t see any gaps in our portfolio,” he said.

Brown said officials believe Motorola Solutions can grow its existing businesses organically by 5% to 8%, while increasing the company’s operating margins during the next three years. Greater emphasis on new business such as the expansion of the company’s global services — a key announcement made by the company — is one reason Brown cited to support his growth projections.

Brown reiterated the company’s longstanding position that Congress should reallocate the 700 MHz D Block to public safety. Not only would a commercial auction of the spectrum introduce potential interference issues, the cost to mitigate the interference concerns actually would be greater than the projected $3 billion that the federal government has projected in auction revenue, he said.