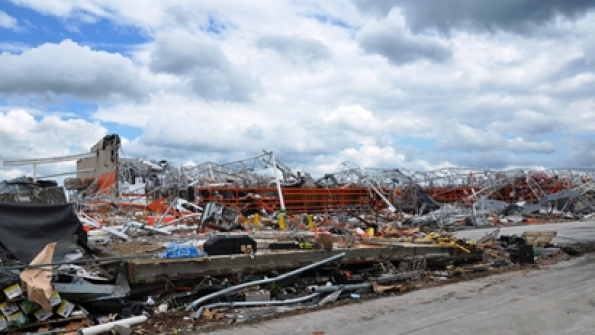 Its team of researchers will review the widespread destruction across a range of building and construction types, along with the large death toll despite a comparatively substantial warning time.

The National Institute of Standards and Technology will conduct a technical study on the impacts the Joplin, Mo., EF-5 tornado that destroyed about 8,000 structures and killed more than 150 people — carrying the dubious honor of being the single deadliest tornado in the U.S.

NIST declared in a public notice that it will create a national construction safety team to assess building performance, emergency response and evacuation procedures. Its team of researchers will review the widespread destruction across a range of building and construction types, along with the large death toll despite a comparatively substantial warning time, Marc Levitan, leader of the NIST study, said in a statement.

“The widespread destruction … makes the Joplin tornado a unique event to research,” Levitan said. “The lessons learned will be extremely valuable to national efforts aimed at reducing losses of lives and property from tornados.”

NIST sent four engineers to Joplin from May 25–28 to conduct a preliminary reconnaissance of building performance and emergency communications during the tornado. They found that the 24-minute warning time for the event was nearly double the national average reported by the National Weather Service as 13 to 14 minutes. As far as construction, they found that reinforced-concrete frame and steel-frame buildings suffered total loss of function but the structural frame remained largely intact, Levitan said.

The engineering team now will proceed with a more comprehensive study. The team will consist of the original survey personnel as well as an expert on severe storms from the National Oceanic and Atmospheric Administration.

The objectives of the NIST technical study are to: