Today was a good day for the 911 sector

the most important of the steps that Genachowski outlined was the last one: the FCC will work to develop a NG-911 funding model. Hold on — I think I just felt the earth move.

Today, during the Association of Public Safety Communications Officials conference in Philadelphia, FCC Chairman Julius Genachowski outlined a five-point plan to make next-generation 911 a reality. He said that the commission will issue a notice of proposed rulemaking next month that would examine the practical and technical aspects of allowing public-safety answering points to receive texts, photos and videos from 911 callers. In addition, the FCC plans to work with local and state stakeholders to develop a coordinated approach to NG-911 governance, work with standards bodies to resolve remaining issues and ensure coordinated implementation of a standards-based architecture.

Those are all great. But the most important of the steps that Genachowski outlined was the last one: the FCC will work to develop a NG-911 funding model. Hold on — I think I just felt the earth move.

The reality of the situation is this: none of what Genachowski spoke of today will mean a thing unless the funding issue is resolved. The current model simply isn’t working and hasn’t for a long time.

I spoke this afternoon with Brian Fontes, president and CEO of the National Emergency Number Association, about Genachowski’s pronouncement. In fact, this was the second time I spoke with Fontes about 911 funding issues this week. The first was a couple of days ago — after Fontes spoke at the Radio Club of America breakfast — when he told me that the amount money that goes to 911 is far less than what is collected in fees. According to Fontes, about $2 billion is collected each year from wireless subscribers. A chunk of that money goes to the carriers that provision 911 service, but the vast majority of that money still is being reallocated by states to purposes that have nothing to do with 911. (Click on the image below for video of the Fontes interview.) 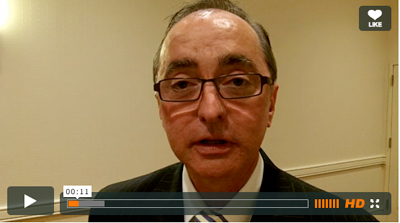 “A lot of work needs to be done to ensure that the fees that are collected for 911 are directed to 911,” Fontes said.

Today, he said that the big question that needs to be answered is whether the funding models that currently are in place will continue to work. The answer seems to be a resounding “no.”

“When you’re dealing with a next-generation broadband environment … you have to consider whether it still makes sense to continue with the old funding model, which was good in its day, when everything was local; but now, 911 is more than just local,” Fontes said. “We need to revisit the best approach to fund this so that the nation is assured of next-generation 911.”

According to Fontes, the value of placing broadband communications capabilities in the hands of first responders that mirror what consumers have at their disposal — the goal of the proposed public-safety LTE efforts — will be diminished if the 911 infrastructure isn’t upgraded at the same time.

“It’s not a model for the future,” Forgety said. “It’s based on a legacy utility model that is no longer valid in large spots of the country and will be even less so in an all-broadband world.”

Several 911 funding proposals are floating around, and Forgety said it’s too early for NENA to express an opinion on which one makes the most sense. My vote would be to establish a federal tax that would be paid by users of any telecommunications device capable of accessing the 911 system, which would replace the current mish-mash. The upside would be that the states no longer would be able to siphon the money. The downside would be that there might be considerably more red tape for local 911 centers to cut through to get the money. But wouldn’t that be preferable to the current situation, which all too often results in public-safety answering points opening the coffer and finding it barren?

Both Fontes and Forgety expressed gratitude that Genachowski has placed 911 at the center of his agenda for the commission. Indeed, this is a good day for the sector. But the red-headed stepchild of public safety — the 911 sector — should have been given a seat at the grownups’ table a long time ago, as emergency response begins in the public-safety answering point.

Better late than never, I suppose.