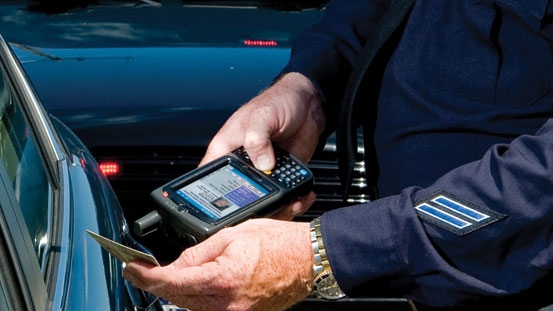 In the past, law-enforcement officers never knew what they were getting into when they executed a traffic stop. Today, tools abound — and more are on the way — that keep officers safer and help them do their jobs better.

Thousands of law-enforcement officers utter these words every day during traffic stops, which are a fundamental part of their jobs, a daily responsibility that goes with being a member of a police department, sheriff department or state patrol. A driver suspected of wrongdoing is pulled over and approached by the officer, who performs his role according to established procedures while traffic whizzes by in close proximity.

Violations that lead to a law-enforcement officer stopping a car can vary greatly in terms of seriousness, from the observation of reckless driving or speeding to a broken brake light or expired registration sticker. However, no matter how nondescript the alleged violation, the ensuing encounter between an officer and a suspect with an unknown background has the potential for danger.

“We like to say that there is no such thing as a routine traffic stop,” said Paul Steinberg, the chief technology officer for Motorola Solutions.

There is no way to remove all of the danger associated with such an encounter, but modern technologies give officers access to considerably more information that lets them assess the possible risks and be better prepared to deal with them than even a decade ago, according to San Jose (Calif.) Police Chief Chris Moore.

“When I started 25 years ago, we did not have a lot of the technology we have today,” Moore said. “You didn’t have computers in the car, so you didn’t know who you were dealing with [during a traffic stop].

“Right now, it’s gotten better. By the time you get out of your car, you’ll know who the registered owner is, whether the car’s stolen, and if there are any warrants or special messages [associated with it].”

As Moore noted, this was not always the case.

There are few examples more tragic than the one that occurred on Nov. 15, 1989, when 17-year police officer Gerald Walker stopped a pickup truck for speeding in the city of Garland, Texas — a Dallas suburb that had not seen a police officer die in the line of duty. But that changed when the driver fatally shot Walker in the chest from close range when the officer approached the vehicle, according to police reports.

From that scene, the shooter drove to the house of a female acquaintance described in court records as his drug dealer, where he shot and killed the woman, two male adults and the woman’s 4-year-old daughter. Evidence indicated that the child was shot with different ammunition than the other victims, meaning the shooter had reloaded his 20-gauge shotgun before firing at her.

Like Walker, all four of these victims died, eventually leading to the shooter being executed by lethal injection more than a decade after that fateful day.

Garland Police Department spokesman Joe Harn said Walker called in the license-plate number and a description of the pickup truck, but there were no outstanding warrants associated with the vehicle. What Walker didn’t know was that the registered owner and driver of the truck was Daniel Joe Hittle, who had been convicted of stabbing his adoptive parents to death after their dog had scratched Hittle’s car. Hittle had been sentenced to 30 years in prison in Minnesota in 1973 but won parole in 1984 and had moved to Texas.

This type of background information is still not available in Garland or most other cities in the United States, according to Harn.

“I wish I could say that today’s technology would have saved [Walker], but that’s just not the case,” Harn said, noting that time-consuming criminal-history checks typically are not executed before officers step out of their vehicles.

Walker’s death certainly was not the only time an officer died or was injured during a traffic stop during that era. In fact, the story of an officer in Pennsylvania being shot under similar circumstances to those of the Walker shooting is one reason why Sean Kirkendall — a consultant who works with the Public Safety Alliance — opted to pursue a career representing first-responder issues.

“Until that time, I believed that when a police officer pulled you over, they knew everything about you,” Kirkendall said. “I was dumbfounded to find out that they were lucky if they knew anything about you.”

Indeed, during this time, approaching a vehicle during a traffic stop was akin to venturing into the unknown, because it was common for law-enforcement officers to have little or no background on a vehicle when making an initial encounter with a suspect, Moore said.

“You would call in the license plate and the location, and they would normally send another officer toward you,” he said. “It would take a little while, because you had teletypes back then to run the license plate of the car. The response time, although not bad, was not as instantaneous as we get with broadband.

“I’d give the plate, and it might be a minute or two before you got a response — it was still good, but you already would be well into your stop and you would have made contact with the driver.”

Since then, there have been “significant improvements” in the technologies used to arm officers — and their supporting dispatch centers — with critical information quickly during traffic stops, Moore said.

With mobile data terminals in most police cars, accessing databases to determine whether a suspect vehicle has been involved in previous violations or has been reported stolen, or whether the registered owner has had previous encounters with the law, is a much cleaner and quicker process than before.

Other key advances include the utilization of GPS technology, which lets public-safety agencies know the location of its vehicle fleet — and, typically, the personnel associated with the vehicle — at all times, Moore said.

However, there is no guarantee that the vehicle’s registered owner is the suspect driver or even a passenger in the vehicle during a traffic stop. In addition, if the suspect driver or passengers in the car are criminals who may be wanted, there is a much greater chance of them trying to provide the officer with an alias or false identification in an effort to conceal their backgrounds. Fortunately, technological improvements have made it easier for officers to determine who they are dealing with during a traffic stop, Moore said.

“We also have some technology today that’s been incredibly helpful in identifying people and speeding up the whole process of a traffic stop,” he said. “We have fingerprint readers, so that, if somebody doesn’t have a drivers’ license, you’re able to identify them very quickly.”

Of course, the vast majority of traffic stops occur without incident, but the suspect often has to be served with a ticket that describes the alleged violation, the location of the violation, and information about the driver and vehicle. Using the traditional paper-and-pen method, gathering and writing all of this information was a time-consuming process, typically taking at least 10 minutes, Moore said. Today, the city of San Jose uses handheld electronic-citation devices that make the process, “much quicker,” he said.

“They can scan drivers’ licenses and registrations very quickly,” Moore said, noting that license and registration information automatically is populated into the e-citation application. “It may take you 15 minutes to do a citation (written by hand). We’ve got traffic officers now that can do them in less than a minute.”

Being able to process citations quickly and — to a great extent — automatically improves officer safety in a couple of ways.

With e-citation technology, officers spend less time near the suspect vehicle while distracted by the process of gathering information for ticketing purposes — a time when they cannot be as focused on the activity within the vehicle, which makes them more vulnerable to a potential attack, Steinberg said.

In addition, e-citation systems mean officers spend less time standing on the edge of a roadway next to the suspect vehicle as traffic passes by, Moore said.

“The less time you can spend on the roadway, it reduces the risk to the officer,” he said. “So, the faster you can make that process go, the better — when you’re out in traffic on a roadway, it’s a dangerous place to be.”

Another benefit of an e-citation system is that data can be entered directly into the system, instead of having to be entered into the police and court record systems — a time-intensive process that often resulted in the introduction of errors that often resulted in citations being dismissed in court, particularly if an officer’s handwriting was difficult to read, Moore said. With e-citation, the process is quicker, requires less work and is more accurate, he said. 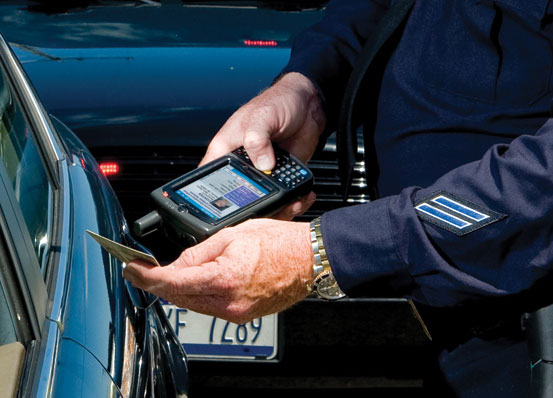 A look toward the future

Of course, such efficiencies especially are valued in today’s environment of tight budgets and depleted resources, so getting officers back on their patrols quicker and reducing the back-office burden is an attractive combination for most agencies.

Further technological advances are on the horizon, Steinberg said. For instance, facial-recognition and biometric applications are being developed to improve identification and monitoring processes. Perhaps the most-anticipated changes, however, would be the faster connectivity and capacity provided by LTE networks.

Indeed, with LTE, officers potentially could make multimedia database queries directly, instead of making requests to a dispatch center that would then relay the information via voice or text. Another advantage of LTE is that it makes real-time video streaming possible.

“LTE gives us so much better capability to move information,” Steinberg said.

In addition, the existence of an IP-based, 4G connection could lead to a host of other applications that have not been contemplated yet, including a speedy cross referencing of criminal histories that might give officers like Gerald Walker more information about the situation they’ve encountered. Only time will tell which applications will prove to be most useful, but it’s a prospect that makes Moore optimistic about the prospects of greater officer safety and efficiencies associated with traffic stops in the future.

“We’ve seen huge improvements, and it’s only going to get better,” Moore said.