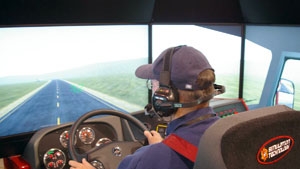 Incorporating wireless headsets into driving simulators ensures firefighters use the same technology in a training environment as they do en route to the fireground, said Reed Stager.

Firecom announced that its 50-Series wireless communication headsets will be a standard component of Simulation Technology’s firefighter driving simulation systems. Incorporating wireless headsets into driving simulators ensures firefighters use the same technology in a training environment as they do en route to the fireground, said Reed Stager, Firecom’s executive vice president.

“Because driving is one of the most demanding and dangerous tasks facing firefighters, the inclusion of wireless communication headsets in the simulation and on the job can substantially increase firefighter safety and effectiveness,” Stager said.

Firecom uses DECT6 technology, not Bluetooth, for voice transmissions. DECT6 operates over licensed channels at 1.9 GHz, keeping it free of interference from consumer electronics that operate in the 2.4 GHz Bluetooth band, Stager said. In addition DECT6 delivers up to a 1,600-foot, line-of-sight range as well as encryption for enhanced security. 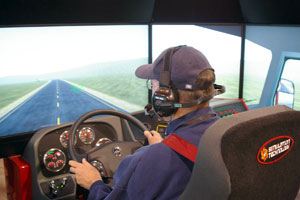 “It provides up to 30 times the coverage area of Bluetooth and doesn’t have the interference Bluetooth may have with other electronic devices,” he said. “It is a dedicated wireless channel and frequency.”

The headset is designed to work with more than 400 radio models from 20 manufacturers.

“Most of our customers integrate them with the radios so they can monitor the radios and have push-to-talk functionality to talk back to dispatch,” Stager said.

Lack of physical wires is an advantage of the product, because there no longer are wires that can become entangled with other items on the apparatus. In addition, “firefighters can put the headset on, turn it on and go without trying to work cables through their turnout gear,” Stager said.

The 50-Series includes over-the-head and under-helmet models, and were designed with ergonomics in mind.

“Going wireless also supports ergonomics because users can move around more freely inside and outside of the truck, while maintaining full communications,” Stager said.

Firecom’s systems are backed with its ComCare Service Program, which provides up to five years of customer care and warranty protection. Headsets cost from $600 to $1,000 per firefighter, depending on how each is configured, Stager said.