Reach out and touch someone (with related video)

Merchants of all sorts are using near-field communications to get patrons to buy more stuff — lots and lots of stuff — by tapping their smartphones.

Tap your phone on an outdoor ad to get the scoop on a big sale on sportswear. Tap it on the tag attached to a table saw to download the product’s specifications and a discount coupon. Tap it on the point-of-sale (POS) device at checkout to cash in a gift card, charge your purchase to a credit card, accept an electronic receipt and register new points in the store’s loyalty program.

That’s the future of shopping, according to proponents of near-field communications (NFC) technology. Designed to transmit over a distance of just five to ten centimeters, NFC is gaining attention as a nearly effortless way to move data between devices.

In the retail arena, it’s gaining attention as an enabler for mobile payments, advertising and one-to-one marketing.

The manufacturers Phillips, Nokia and Sony jointly developed NFC as a link for transferring digital content between storage drives, said Debbie Arnold, director of the NFC Forum, an industry group headquartered in Wakefield, Mass. “But I think they saw many more applications for it right away.”

The three companies formed the NFC Forum in 2004 to develop specifications, ensure interoperability and promote the technology. Today, the forum claims about 165 members.

Much of the NFC action right now focuses on transforming smartphones into instruments for shopping not just on the Web, but also in the bricks-and-mortar world. As of January, about three dozen phones equipped with NFC were available on the world market, along with several ruggedized handheld computers, according to a tally kept by the publication Near Field Communications World. “In 2012, there should be NFC in about 90 models,” said Ruth Cassidy, vice president of communications at the NFC Forum.

NFC technology is compatible with the technology in contactless credit cards, which contain microchips that allow them to wirelessly communicate with a terminal. POS devices equipped for such cards also can take payments from NFC-equipped smart phones, as long as the phone is loaded with the right software.

For example, shoppers who have NFC-enabled phones from Samsung, LG Electronics and Research in Motion, and who also have Visa accounts with participating banks, can use their phones to make payments at any terminal equipped for Visa’s payWave contactless payment system.

However, the shopper can’t simply take an NFC-enabled phone out of the box and start shopping. “Your bank will need to have made an agreement with the mobile operator,” said David Wentler, head of mobile strategy and solutions at Visa. And the user needs to download account information from the bank to the secure chip on the phone, he said.

When the chip in a contactless card or phone conducts a payment transaction, it simply transmits account information to the POS device. But when the NFC chip in a phone communicates with an NFC-specific chip in a POS terminal, those devices establish two-way, peer-to-peer communications. That enables more complex transactions.

“The point-of-sale reader can pull a coupon from the phone, can send back a receipt or an update to your loyalty points, all with the same touch,” Arnold said.

Some shoppers already are enjoying that experience, courtesy of Google. The technology giant developed its Google Wallet application for mobile transactions in collaboration with Citi, MasterCard, First Data and Sprint, launching it in May 2011.

As of January, shoppers could use Google Wallet on the Sprint network with the Nexus S 4G phone. That month, Sprint announced that the new Galaxy Nexus from Samsung and the LG Viper also would support the application on its network.

Shoppers with Citi MasterCard accounts and the right Sprint phones can use Google Wallet at any register equipped to accept Citi’s PayPass contactless cards. So can shoppers who establish Google Prepaid accounts, which they can fill through a link to any credit-card account.

“You can take out your phone and pay for things at more than 150,000 merchant locations throughout the United States,” Google spokesperson Nathan Tyler said.

Google also has licensed Visa’s payWave technology, ensuring that Google Wallet will be able to handle Visa payments in the future.

While Sprint has allied itself with Google, its main rivals — AT&T Mobility, T-Mobile U.S. and Verizon Wireless — have formed a joint venture to roll out a mobile payment system of their own. Called Isis, the venture announced plans last year to pilot its system in 2012 in Salt Lake City and Austin, Texas.

Isis has formed relationships with Visa, MasterCard, American Express and Discover, allowing the system to work with all four payment networks.

Many shoppers will use these systems simply to make contactless payments. But providers also are rolling out the kinds of applications that rely on peer-to-peer communications. For example, about 20 of the retail chains working with Google have added NFC-specific chips to their POS terminals, allowing two-way transactions such as coupon redemption — a function that Google calls Single Tap.

“Our vision for the mobile wallet is to make it possible for people to not only pay with their phone, but to pay and save in a single action,” Tyler said.

Google licenses its Single Tap technology from ViVOtech of Santa Clara, Calif., which markets the platform under the name ViVOtouch. According to Kristopher Drey, ViVOtech’s director of marketing, consumers in the future will engage in NFC transactions not just at the point of sale, but throughout the shopping process.

“At the mall entrance, you’ll see a poster, you’ll tap it and you’ll get a list of coupons from an abundance of stores that are marketing that day,” Drey said.

It’s not necessary literally to touch one chip to the other. But given the very short range of the NFC communication link, it’s easier to tap than to wave a phone or card at the right distance from the target, said those interviewed for this article. 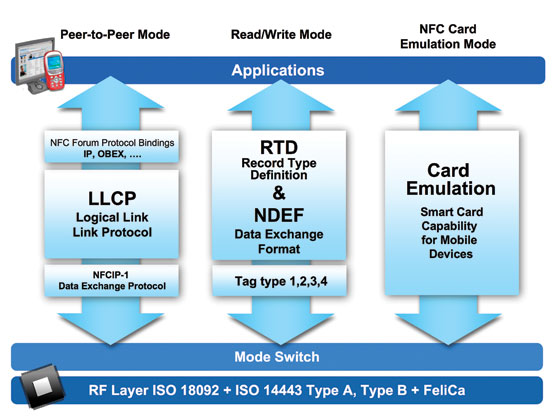 Arriving at a particular store, the shopper might tap on a poster or kiosk to get information about two-hour sales or any other messages the merchant wants to convey, Drey said. Shoppers who are registered with the store might receive customized messages based on past purchases — for example, “It’s been two years since you bought your Reeboks. How about some new ones, at 15% off?”

Tags attached to merchandise can provide product details, customer reviews or other information. However, because memory in an NFC tag is limited, label tags often will direct the phone to reach across the Internet to pull the information from a server.

Besides helping merchants market to customers, NFC tags on merchandise can help a merchant collect information on shoppers’ behavior in the store, much as online retailers follow customers’ clicks on their Web sites.

“Customers are tapping all the way they go, and then we’re reporting that to them on the back end,” Drey said. “So they know in real time exactly what’s going on, what inventory is being looked at.”

Merchants are experimenting with NFC on the street as well. For several years, San Francisco–based Blue Bite has used Bluetooth, Wi-Fi, Quick Response (QR) codes and other technologies to let consumers interact with out-of-home advertising. More recently, the company has added NFC to its arsenal. 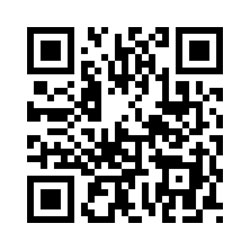 Blue Bite provided NFC chips for a recent ad campaign for Hotel Tonight, which offers a mobile app for same-day hotel bookings. Digital screens installed in eight airports and in downtown cafes ran a 30-second video promoting the Hotel Tonight service. Viewers with NFC-enabled phones could tap a tag installed near the monitor to download the app. The campaign also offered communications via QR codes, Bluetooth and Wi-fi.

“Our whole premise is influencing people at the moment of maximum influence,” said Daniel Trigub, vice president of business development at Blue Bite. Since airports are full of people who might need hotel rooms, giving them a seamless way to download a hotel-booking app on the spot makes perfect sense, he said.

A similar strategy prevailed last year when Blue Bite embedded NFC tags in a series of Spanish-language bus shelter ads for Old Navy in Miami. Passersby who tapped a tag with an NFC-enabled handset received information through the phone that aimed to lure them into a nearby Old Navy store.

The ads also employed QR codes, which work in a fashion similar to that of a bar code, but NFC is a “silver bullet for mobile content delivery,” Trigub said. “You don’t need to have a special app on your phone to use NFC. You don’t need to take a picture of anything. All you do is touch something.”