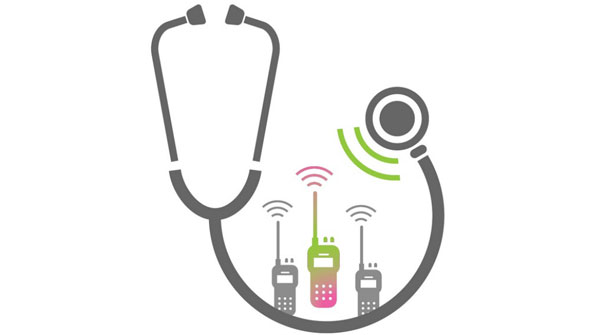 Know before you go (with related video)

While the public is feeling the pinch at the pump and at the checkout line, public-safety agencies across the nation are under pressure to find ways to cut costs yet continue to provide efficient, high-quality service to the communities they protect and serve.

According to the Center on Budget and Policy Priorities, deep cuts have been projected for 2012 for important public services — in many cases, deeper than previous cuts. At least 15 states have proposed layoffs or cuts in pay and/or benefits for their workers. Public employees most likely to be affected include police officers, firefighters and public hospital employees.

All of this should come as no surprise to public-safety officials tasked with finding ways to do more with less. The biggest challenge, most say, is to cut costs without affecting public safety.

To meet this challenge, some agencies are turning to DiagnostX, a patent-pending technology from LocusUSA that increases the ability of radio service shops to ensure the reliability of communications networks.

DiagnostX detects problem radios over the air, 24 hours a day, seven days a week. Specifically, it verifies and analyzes the health and performance of a radio on its respective network by capturing the radio's waveform. The solution performs non-intrusive monitoring of a radio's incoming control channel transmission while it's operating in the field, and measures key elements of the radio's VCO/synthesizer for frequency error, levels of modulation, maximum frequency deviation and modulation fidelity. It works with Project 25, Motorola SmartNet/SmartZone and Harris EDACS systems.

In a nutshell, this technology performs like an "over-the-air" bench technician who constantly is monitoring radios for operational readiness and diagnosing problems before they become evident. This enables agencies to be proactive rather than reactive and creates less disruption and customer downtime.
System managers obtain reports generated by the solution that indicate which radios need re-calibration, and which are within specifications. Managers can use this information to schedule radios for service and arrange for replacement radios.

Typically, the only way for agencies to determine whether a radio was functioning to specification is to bring the radio in for annual maintenance or wait for a user to report a problem. This meant scheduling thousands of radios for costly annual service checks that required hundreds of technician man-hours. It also meant taking radios out of the field, where they are needed most.

Installing DiagnostX eliminates the time that is wasted testing working radios. And the amount of time saved can be significant. Research shows that 70% to 80% of radios tested in the shop are functioning properly. Considering that numerous public-safety agencies have anywhere from 2,000 to 13,000 radios — or more — on their networks, the numbers add up.

Ben Holycross, radio systems manager for Polk County (Fla.) Emergency Management, said that one of the solution's biggest advantages is that it takes the guesswork out of preventive maintenance.

When it comes to public safety, marginal radio performance is simply not an option, Holycross explained. So, rather than risk communications failures, agencies routinely schedule preventive maintenance for all radios on the system. This "shotgun" approach, according to Holycross, often means that agencies end up spending more on staffing and service contracts than is necessary.

On the opposite end of the spectrum, agencies frequently face the dilemma of having to cut back or skimp on maintenance just to balance the budget. Holycross said that DiagnostX provides the hard data that communications system managers need to make informed decisions about maintenance budgets, staffing and purchasing.

The solution also has made an impression on the city of Colorado Springs, Colo., since it was installed to monitor the Pikes Peak Regional Communications Network.

"Servicing all the radios in the system is immensely time-consuming. I estimate that it would take two people three months of every year to go out into the field and check every radio. It also inconveniences the radio user," said Randy Bell, communications manager for the city's Department of Information Technology Communications, which oversees maintenance of the 5,500-plus radios in the network.

"DiagnostX is another tool that helps us do more with less."

Across the nation, Chris Pandolfi, communications specialist for the city of Tallahassee, Fla., agreed. "The unit saved us 250 man hours in the very first week," Pandolfi said.

Other big-city agencies that have deployed DiagnostX include the Indianapolis Metropolitan Communications Agency, which has more than 13,000 radios in the field, and the Atlanta Police Department, with 6,000-plus radios.

Cost-cutting isn't the only benefit derived from the solution. The ability to determine whether communications problems are specifically due to a faulty radio or a problem on the network means fewer issues between users and dispatch. This is a real advantage for agencies that are located in rural or mountainous areas where coverage can be spotty.

From an operational perspective, DiagnostX also is enabling agencies to better manage their radio support networks. "Now we can look at, analyze, and manage our entire inventory of radios across a broad network of independent users without actually having to touch the radios," said John Daly, telecommunications manager for Collier County, Fla.

Tracy Roberts, radio systems specialist for the Cobb County (Ga.) Department of Public Safety, concurred. "This box enhances the radio system manager's view of the subscribers who utilize the radio system," Roberts said. "This information is powerful for managing your fleet of radios by identifying problem subscribers before, or even after, they complain about coverage or other performance anomalies."

Meanwhile, scheduling maintenance for the more than 3,400 radios used by the Tallahassee police, EMS, local sheriff's department, city and county offices, utilities and universities is a big job that DiagnostX makes easier, Pandolfi said, adding that he quickly can identify problem radios, develop a list of priorities, and then move on to scheduling radios that are out of specification and need realignment.

Finally, DiagnostX — which is available throughout the U.S. and Canada through a re-seller agreement with Motorola Solutions — helps ease the migration to a Project 25 digital radio system by eliminating uncertainty and delays due to radio misalignment that often are encountered during a P25 deployment, said Joe Rey, managing partner for LocusUSA.

Regardless of the challenges associated with dwindling budgets and personnel cuts, the bottom line for every public-safety agency is its commitment to protect and serve — both the public and the first responders who risk their lives on its behalf. In that regard, DiagnostX has proved to be a powerful tool for ensuring that police, fire and EMS workers can feel confident that their radios will work whenever and wherever they're needed.

Stephenie Ericson is a freelance writer based in Florida.