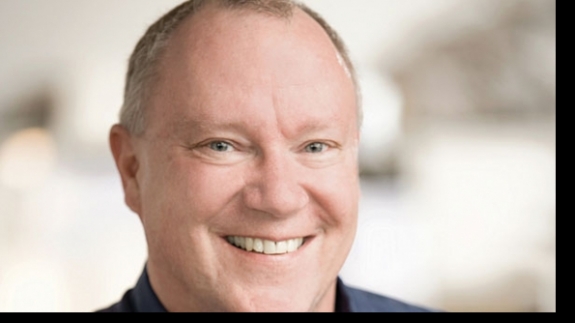 Social media truly can be a lifeline

Last week, I wrote about the effort undertaken by the city of Indianapolis last February when the Super Bowl came to Lucas Oil Stadium. The National Football League had wanted this Super Bowl to be the most socially connected in the event's history, and the city decided that it made sense to piggyback on that effort by monitoring all of the tweets, posts and blogs for a month-long period to head off potential problems. Though there were no major incidents, the potential for one was great, because roughly 1 million people jammed into the downtown sector as festivities peaked a couple of days before the big game. While the monitoring has a creepy "Big Brother" feel to it, can anyone really blame them for doing so?

Today, I'd like to tell you about a Tennessee county that is leveraging social media to save lives. Jamison Peevyhouse is emergency 911 director for Weakley County, Tenn., and he shared his social-media experiences and acumen last week during the National Emergency Number Association (NENA) conference in Long Beach, Calif.

Peevyhouse started by tossing out a bunch of interesting statistics. First, 18% of Americans use social media to get information about emergencies, while 24% use social tools to let others know that they're safe in the aftermath of such an event. To illustrate his point — that public-safety agencies need to pay attention to social media, if they aren't already — he pointed to last year's earthquake and tsunami that devastated Japan. In the immediate aftermath, more than 1,200 tweets per minute were being transmitted from Tokyo alone, so many that the hashtags #earthquake and #tsunami trended almost immediately, Peevyhouse said.

He also said that 80% of Americans expect public safety to monitor social media, and more than one-third of them expect first responders to arrive at their front door within one hour of them posting such a need to a social-networking site.

This suggests a couple of things to me. First, the public needs to be educated concerning public safety's current abilities and inclination to monitor such sites, because their expectations seem just a bit lofty at this point. Second, public safety needs to start monitoring such sites, which can enhance situational awareness greatly.

Sometimes, citizen monitoring of social media can stave off disaster. Peevyhouse told of an incident where two friends of a man whose wife and son had died noticed a Facebook item the man had posted. In the post the man wrote that he was going to "see his son one last time." Concerned, one of the friends — who lived in a neighboring county — called 911, told the call-taker about the post and mentioned that the son was buried in a cemetery located in Weakley County. The call-taker transferred the call to Weakley's public-safety answering point, which dispatched police to the cemetery. Officers intercepted the man about a half mile from the cemetery. He had a loaded weapon. According to Peevyhouse, the man was inebriated and his intention to commit suicide was clear. Fortunately, the officers were able to intervene and a life was saved.

The obvious circumstance would involve a weather-related event. Weakley 911 monitors local weather advisories constantly, and posts warnings as soon as possible, often as early as 36 hours before the expected event. Then they keep at it.

"About 17% of our 'friends' will read each post and another 3% will share it," Peevyhouse said. "That seems low, but if you keep posting every few hours or so, it will propagate quickly."

In addition, the agency also leverages a Facebook feature that allows it to create ads and push them out to a targeted audience. The recipient pool can be segmented using several qualifiers, including zip code, age and gender. For example, an ad that contains a heat advisory could be sent to the elderly or to households where very young children reside. Anyone who clicks on the ad is transported to the agency's Facebook page, which provides complete details.

"You very quickly can drill down your message," Peevyhouse said. "You will pay for this service, but it's very cheap."

Facebook isn't the only tool that Weakley 911 uses. The agency also leverages Twitter Maps, which allows one to see all of the tweets related to a specific event over the previous six hours. For example, type in the keyword "wildfire" and all of the posts within the affected area will appear on the map. According to Peevyhouse, Twitter Maps is a particularly effective situational-awareness tool, because the tweets often contain photo attachments. "You can use this for damage assessment," he said.

Another useful tool is Twitscoop, which Peevyhouse described as "sort of a buzz meter." Here's how it works: the client keeps tabs on what people are talking about at any given moment; the more that people are talking about a certain topic, the larger the keyword associated with that topic appears on the screen. Keywords of interest can then be typed into Twitter Map to see what people in your area are saying about that topic.

There are times, however, when Facebook and Twitter aren't enough. Schools are one prime example, because they generally don't allow students to use these services when class is in session. So, Weakley 911 relies on e-mail blasts to get students and faculty out of harm's way. The effort paid big dividends four years ago, as the agency sent out a blast well in advance of an approaching storm system that had the potential for tornadoes.

"The schools let out early, well before the storm hit" Peevyhouse said. "You don't want school buses on roads when a tornado comes through town.

One of the schools on the e-blast distribution list was the University of Tennessee at Martin, which passed the alert along to Union University, which is located in nearby Madison County (in the town of Jackson). That was a very good move, as things turned out. The e-blast helped convince officials to issue an evacuation order well in advance of a tornado ripping through the Union campus. While the campus suffered considerable damage and there were some injuries, no one was killed.

It seems clear that leveraging social media is something that every public-safety agency should be doing. However, Peevyhouse has one important piece of advice for any agency thinking about heading down that path.

"You can use social media to take the load off your dispatch center. If you tell people early about an impending event, they will go home early and take shelter. That will lower your call volume and save lives," he said.

"But you need to be committed to this — don't start it if you're not going to finish it."