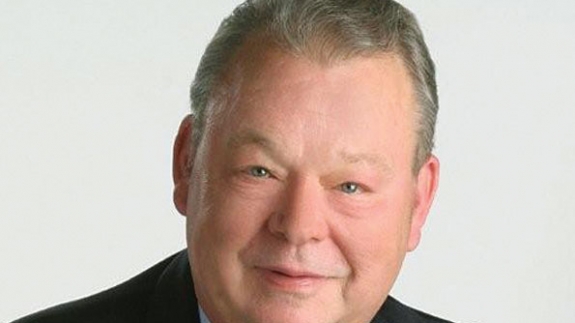 Incentive auctions: A plan for success

By Andrew Seybold — More broadband spectrum is needed for the commercial operators, but from where will it come? One set of answers may be found in the reallocation of spectrum now being used by TV stations around the nation.

More broadband spectrum is needed for the commercial operators, but from where will it come? The FCC has pledged to “find” (meaning reallocate) 500 MHz of spectrum within 10 years from when it presented its National Broadband Plan to Congress in the spring of 2010. Where will it be found, who will lose what they are using today, and how long will it take? One set of answers may be found in the reallocation of spectrum now being used by TV stations around the nation.

The FCC has been authorized to conduct “incentive auctions” in the existing TV spectrum. The incentive part of the auction means that any TV station that voluntarily gives up its 6 MHz in the upper portion of the TV band will share in the proceeds from the sale and will be able to relocate lower in the band if it so desires.

I have yet to see a proposed band plan to turn this TV spectrum into commercially viable broadband spectrum that can be auctioned and added to the spectrum already allocated to commercial network operators. There are many ways to divvy it up, but if this spectrum is to be used for Frequency Division Duplex (FDD), as is the rest of the allocated commercial wireless spectrum, the first determination must be how much separation there needs to be between the site transmit and mobile device transmit spectrum.

TV spectrum is divided into 6-MHz blocks and — for the sake of this exercise — I have chosen the spectrum used by TV channel 32 (578-584 MHz) and channel 51 (692-698 MHz). Today, channel 51 is the highest available TV channel and it is next to the 700 MHz broadband spectrum (known as the lower 700 band), a block that previously was TV channel 52. This would provide a total of 120 MHz of new, prime commercial broadband spectrum. The issue is how to divide this spectrum so that it has the highest monetary value per MHz for the auction, and so that commercial operators can make the most efficient use of it.

LTE, or Long-Term Evolution (4G), technology can be deployed in as little as 1.4 MHz (1.4 X 1.4 MHz) up to 20 X 20 MHz of spectrum in steps. However, the more spectrum available for each LTE system, the more efficient LTE is, and the greater the capacity and data speed capabilities. The lower 700 MHz — and some of the upper 700 MHz — band is divided into 6X6 blocks (one TV channel by one TV channel, separated by 30 MHz, which is equivalent to five TV channels). For example, the lower A block is allocated 698-704 MHz and 728-734 MHz (old TV channels 51 and 57). In this spectrum, a commercial operator could build a 5 X 5 MHz LTE system, leaving spectrum on either side to further reduce the potential for interference.

If we now turn our attention to the 120 MHz of TV spectrum from channels 32 to 51, as mentioned above, and try out some different band plans, we can get a feel for how this spectrum can be best utilized. My assumptions are that the majority of the spectrum should be set up as 12 X 12 MHz, with a mixture of nationwide and regional licenses. A few segments of 6 X 6 MHz could be used for more rural areas as well, if the FCC would like to maximize the number of licenses offered. This works, and if we leave 6 MHz of spectrum vacant or for a guard band between the lower end of the new band and between the cell and device transmit bands, we could have four 12 X 12 MHz bands and one 6 X 6 MHz band.

Of course, the band would be broken up differently. For example, instead of 12 X 12 channels, we could have 11 X 11 MHz blocks — the same as Verizon’s C block in the upper 700 MHz band — and reduce the guard bands down from 6 MHz to 5 MHz, or even 3 MHz, each to gain at least one more 6 X 6 MHz segment. This could add as much as $4 million to the federal treasury based on the Congressional Budget Office valuation of $2.8 million for the 5X5 MHz upper 700 MHz D Block.

How many TV stations would have to opt into the auction or be relocated after the auction to make all of this spectrum available for commercial broadband use? Below is a chart listing the major TV stations licensed in the channels 32-51 TV band. This list was compiled using the FCC database and includes both high-power and low-power stations as well as TV translators. The approximate cost to relocate a TV station to lower in the TV band is estimated to be somewhere between $250,000 and $1 million, depending on the TV station’s transmitted power rating. However, because the majority of viewers receive their TV via cable or satellite, in most cases they would not even notice that the stations had been relocated.

In total, 1,698 stations would be affected if all 120 MHz of the spectrum from TV channel 32 up to and including channel 51 were to be converted to commercial broadband spectrum. The issues to reallocate this spectrum, auction it, move the stations lower in the TV band, resolve the channel 37 radio astronomy issue, and deal with Mexico and Canada can be overcome, but this will be a time-consuming set of tasks. TV stations no longer require a full 6 MHz of spectrum per station, because they are now digital and some channel sharing is possible.

The auction process authorized by the Tax Relief Bill does not spell out how many TV channels should be part of the incentive auction. Further, there will need to be two auctions. The first would be a reverse auction whereby the FCC will determine how many TV stations are willing to vacate their existing channel and relocate to a different portion of the TV spectrum, or channel share with another station. Once this has been accomplished, there then can be a forward auction to determine what the spectrum is worth to the broadband community. If the numbers work out, a reshuffling of the TV spectrum will happen and some or all of the spectrum I have indicated above will be in play for commercial broadband use. The timeframe for the completion of both auctions is 10 years, so none of this will happen quickly.

Next: Why TV channels are ideal for broadband usage.

Andy Seybold is CEO and principal analyst of Andrew Seybold, Inc., in Santa Barbara, Calif., and is a member of UC’s editorial advisory council. He can be contacted at [email protected].