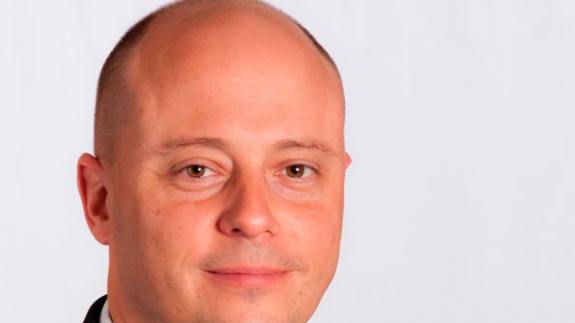 By Kevin Kelly — One challenge will be managing devices, data access and information assurance to ensure that sensitive data from disparate government agencies is accessed only by users with appropriate privileges.

The First Responder Network Authority (FirstNet) is set to launch this summer, and it will drive the process of building a first-responder network within a swath of spectrum in the 700 MHz band designated by Congress through recent legislation. When implemented, the first-responder community finally will get the dedicated nationwide broadband communications network it has sought for many years.

FirstNet, which is an entity within the National Telecommunications and Information Administration (NTIA), will provide the first step towards interoperability that is so necessary during crises. It’s not surprising that numerous questions have arisen over how the network will be built, who will manage the services delivered over that network, and how they will be received by users in the public-safety community. After all, any nationwide system that needs to be secure, ubiquitous and self-sustaining is bound to face roadblocks.

One challenge will be managing devices, data access and information assurance to ensure that sensitive data from disparate government agencies is accessed only by users with appropriate privileges. When contemplated in the post-9/11 era, a nationwide public-safety network was supposed to provide a means for local, state and federal first responders to share data and communicate, seamlessly and efficiently.

But such sharing increases the possibility that the data will be vulnerable to loss or attack. Additionally, the concept of a single network capable of meeting the disparate data retention, protection and archival requirements of CIOs at the federal, state and local levels — while preserving the data-separation requirements dictated by federal law — might be impossible.

There has been some discussion that FirstNet would leverage a single-core architecture to deliver the network to the various first-responder stakeholders, which would co-mingle sensitive government data within the network. While it may not be practical to build two (or more) separate network architectures, it is practical — and prudent — to have multiple network cores to manage the data sessions and, ultimately, security at two different levels: (1) federal and (2) state and local.

The best solution is to build out a multi-core architecture that drives federal government data through a network core architecture specifically built for the federal government, while leveraging the same 700 MHz spectrum that has been dedicated to FirstNet. This approach would utilize the same commercial 4G radio access network (RAN) that the state and local first responders would use, but it also would provide always-on, segregated and secure 4G service to mobile federal public-safety personnel.

By maintaining strict, federally controlled authentication and data-encryption standards, FirstNet can ensure the privacy and security of government data, cloud-based applications, policies and device configurations, without requiring state and local officials to adopt the same.

By separating the discussion into two segments of the architecture — the RAN and the evolved packed core (EPC) — we can begin defining the specific requirements for each. With respect to the RAN, the requirements are simple, universal and well understood. For the EPC, it’s likely that we will have one set of requirements for end-user device management, data assurance and identity management for the state and local users, and we will have a somewhat separate set for federal users.

The most important first step toward achieving this end result will be for the FirstNet planners to begin building, testing and evaluating a sample multi-core architecture in a laboratory environment, and allowing for all three constituents (federal, state and local users) to begin testing and providing feedback and evaluation.

Kevin Kelly is chief executive officer at LGS Innovations, which develops and deploys networking solutions dedicated to U.S. government operations around the world.