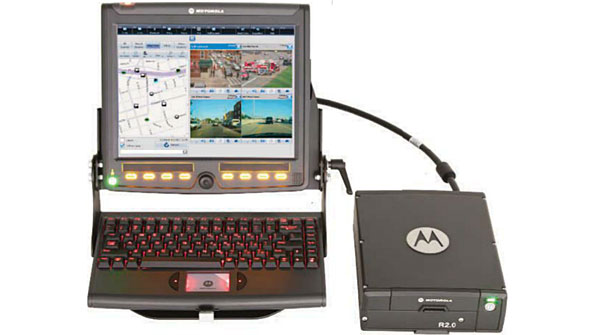 During the annual conference, Motorola Solutions will feature the new Ford Interceptor sedan patrol car, which has a cockpit designed to make it easier for an officer to access the communications capabilities in the vehicle, according to Alan Lopez, Motorola Solutions’ director of marketing for public-safety solutions.

One of the new products in the vehicle is a 2.0 release of the MW810 mobile work stations that offer a couple of key advantages, Lopez said.

“What that does is add a more powerful processor and a built-in modem to connect to 3G and 4G networks,” Lopez said during an interview with Urgent Communications. “The previous one had a previous-generation processor in it and needed a network connection extermally — you would have needed a dongle or be connected to the vehicle’s LTE modem.

“But the main part, I think is the improved processor … It’s got the full horsepower it needs to run all of the data applications a police officer would need in the car.”

Some of the other products Motorola Solutions will showcase during APCO will be the new APX 4500, a mid-tier P25 mobile radio that is expected to be used by utilities, transportation, public works and public safety. For covert operations, the company’s new APX 3000 P25 radio and a number of new covert accessories such as discreet microphones, ear buds and a wired headset that is made to look like an iPod headset, Lopez said.

“Although primarily used in the federal space, we expect that state and local customers in public safety also have covert use cases where they want to have officers operate discreetly in plain clothes,” he said.